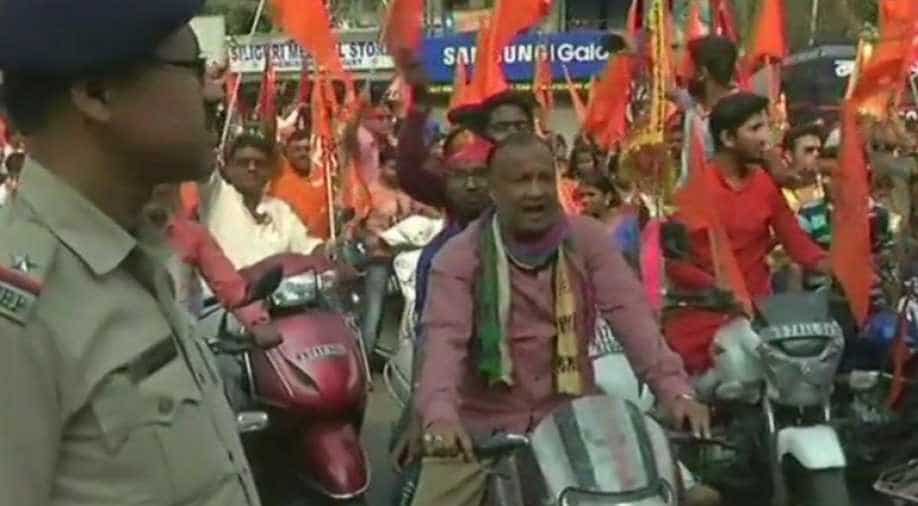 Reportedly the BJP party has organised rallies across the state stating a step towards 'uniting the Hindus' of the state. Photograph:( ANI )

One villager has been killed in a clash between locals and police during a Ram Navami procession in Beldi village in Purulia, West Bengal.

One villager killed, around four injured following a clash between locals & police during a #RamNavami procession in Purulia's Beldi; police personnel also injured; visuals from hospital in Purulia #WestBengal pic.twitter.com/vuaTUOehwN

Four people were also injured in the clash.

The BJP party has reportedly organised rallies across the state stating it is a step towards "uniting the Hindus" of the state.

Countering this, the TMC also organised rallies in various parts of the state.

Police have also increased the security in the region following the clash.

Meanwhile, various right-wing groups were also seen brandishing swords in a procession in the state.

People seen riding bikes without helmets in a procession took out on the occasion of #RamNavami by Ram Navami Janmo Maha Utsab Committee in Siliguri; five people seen riding on one bike #WestBengal pic.twitter.com/nxootUtEsC

Ghosh called this a tradition to conduct procession with weapons.