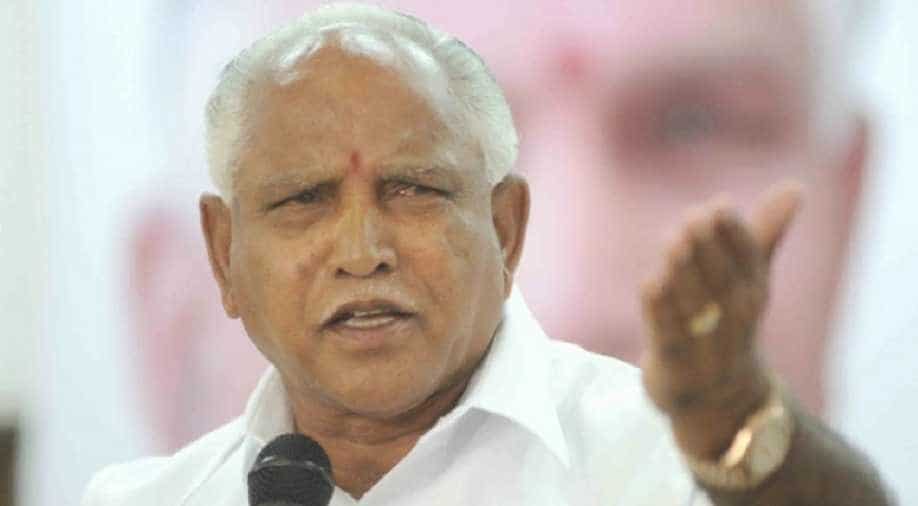 The Bharatiya Janata Party has emerged as the single largest party in the Karnataka Assembly but has fallen short of the halfway mark to form a government.

In a quick turn of events, sources in the Congress said the party is willing to support the Janata Dal (Secular).

Reacting to the current political situation in the state BJP's CM face BS Yeddyurappa has said: Counting is still on. We are waiting to asses all possibilities. The majority of voters have given us their mandate.

"I don't want to discuss the possible JD(S)-Congress alliance," he added.

"The people have rejected the Congress and accepted BJP. People are moving towards 'Congress-mukt Karnataka'. Now they're trying to grab power despite facing rejection," he said at a press conference.

Yeddyurappa accused the Congress of disrespecting the mandate of the people, which was in the BJP's favour and called this move a "back-door politics"

"Congress is trying to subvert the mandate through dubious means. This kind of back-door politics by the Congress should be condemned," he said.