We welcome India’s leadership in the Indian Ocean: Australian FM 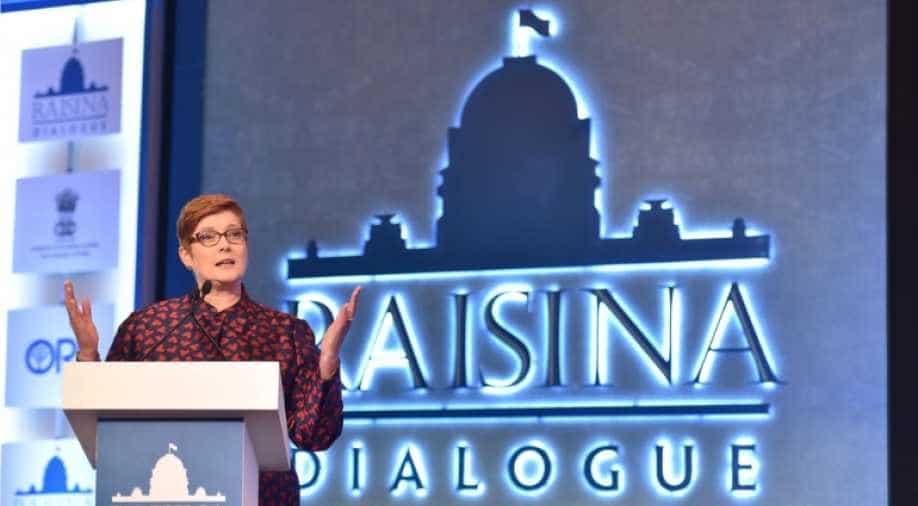 Australia will open its Consulate-General in Kolkata this year with Andrew Ford serving as the first resident Consul-General. It will be Australia fourth diplomatic post in India.

Australia’s Foreign Minister Marise Payne who is on a 3 day India visit has said, her country welcomes "India’s leadership in the Indian Ocean." Speaking at the 4th Raisina Dialogue, she said, there is an increased "strategic competition among major powers in the Indo-Pacific" and as the "competition intensifies, Australia and India have shared interests in ensuring the peaceful development of an open, inclusive and prosperous Indo Pacific region".

Canberra is increasing its security cooperation with India in the region.

In March this year Australia’s largest annual naval deployment, Indo-Pacific Endeavour, comprising up to five Royal Australian Navy vessels, including frigates, a Helicopter Landing Dock (HMAS Canberra), and a replenishment vessel and around 1400 Australian Defence Force personnel, will be hosted across the region and will visit Vizag & Chennai. India and Australian Navy will also have the bilateral navy exercise AUSINDEX later this year. In 2014, Australia and India conducted 11 defence activities together, by 2018 this figure had reached 38 bilateral defence activities.

Lauding India's success, Payne said it "is a reminder to the world of the merits of democracy, of rule of law, of a strong private sector and an increasingly open market economy." She added, "alongside that strategic convergence, we are also seeking closer economic engagement with India and the region. We know that India’s economic growth will re-shape the region’s strategic landscape."

Australia will open its Consulate-General in Kolkata this year with Andrew Ford serving as the first resident Consul-General. It will be Australia fourth diplomatic post in India.

Canberra will also step up connectivity projects in South Asia through the South Asia Regional Infrastructure Connectivity initiative, known as SARIC under which the country will spend $25 million over four years.

Congratulating Indian cricket team for its recent victory in her country, the minister said, "I come directly to New Delhi from the Sydney cricket test. There was a suggestion from the Indian cricket administration that I should put the Border Gavaskar trophy in my hand luggage and carry it with me to present to the government. I declined that honour and opportunity but I do convey my congratulations on the historic win achieved by the Indian cricket team."