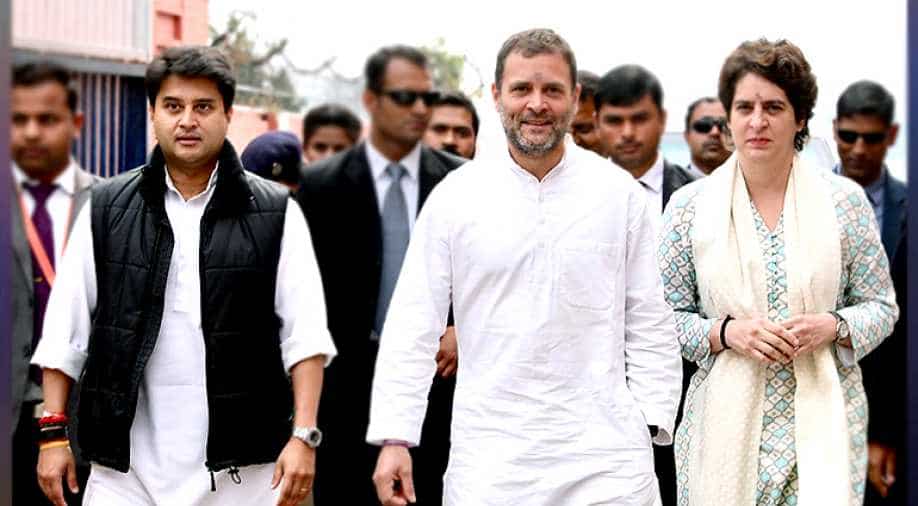 Newly-appointed Congress general secretary Priyanka Gandhi Vadra arrived in Lucknow on Monday afternoon to kick-start the party's roadshow ahead of the general election to be held in a few months.

The roadshow which began from the Amausi airport in Lucknow will end at the party headquarters.

Priyanka was joined by her brother Rahul Gandhi during the roadshow as the Congress sought to showcase its strength in India's biggest state which sends 80 Lok Sabha MPs to Parliament.

Jyotiraditya Scindia who was appointed as campaign chief for Uttar Pradesh west also joined Priyanka on the roadshow along with Congress leader Raj Babbar.

Priyanka will be in the state for the next four days in which she will put in place a strategy to challenge the ruling BJP which dominates the state and the Centre.

Priyanka will be meeting state Congress leaders and party workers to energise the grassroots in eastern Uttar Pradesh which has been severely dented in the past two decades with the rise of the SP and BSP which have decided to fight together at the hustings.