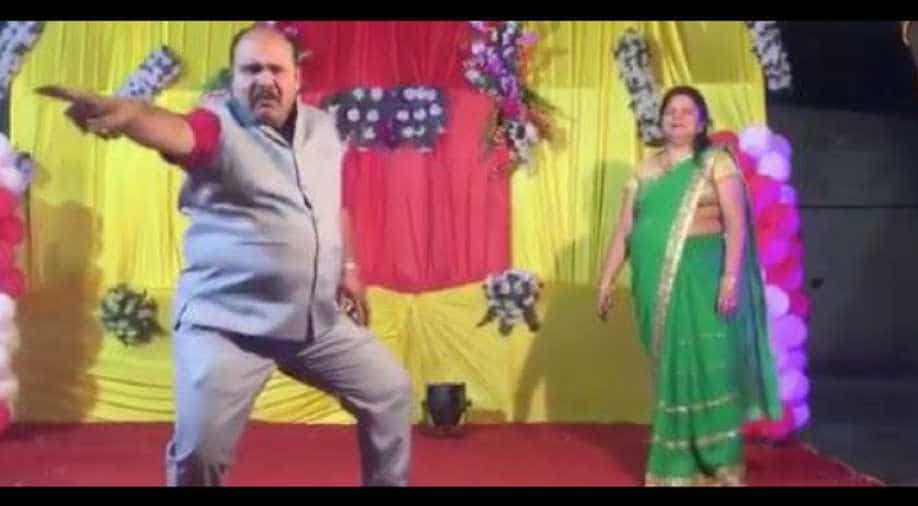 Professor Sanjeev Srivastava whose dancing video went viral on social media, has been appointed as the brand ambassador by Vidisha Municipal Corporation.

Sanjeev Srivastava, 46, is an electronics professor who stormed the social media after his dancing videos from a wedding went viral.

The 46-year-old professor said that he is a die-hard fan of actor Govinda.

In the video, Srivastava, who has been rechristened by netizens as 'Dancing Uncle', could be seen dancing to Govinda's chartbuster song-- "Aap Ke Aa Jane Se" from the 1987 movie Khudgarz.

Talking to ANI, a very elated Srivastava shared his amazement on the sudden fame.

The middle-aged dancing uncle said, "This is an unreal feeling. I can't believe my dance video has gone viral. I thank everyone for the love and support. I have been dancing since 1982 and my idol is Govinda ji. Now I hope to get more opportunities."

"It is a big thing for me that so many people have liked me, and I thank them from the bottom of my heart. I am extremely happy that people like Raveena Tandon, our chief minister Shivraj Singh Chouhan have liked my dance. I have learnt to dance from my mother and Govinda is my role model."

Srivastava has garnered so much popularity that Madhya Pradesh Chief Minister took to Twitter to praise Srivastava's electric performance. The chief minister said, "Professor Shri Sanjeev Shrivastav ji, who has been working in Bhopal, has created massive sensation over the internet in the whole of India. Believe it or not, there is something special in the water of Madhya Pradesh."

Has everyone in India by now seen this video of the amazing #DancingUncle (at a wedding presumably)? Insta, FB, WhatsApp, Twitter - no matter what platform I’m on, he’s everywhere! ? And I can’t get enough, he’s just too good! pic.twitter.com/h4TTHtSKlK