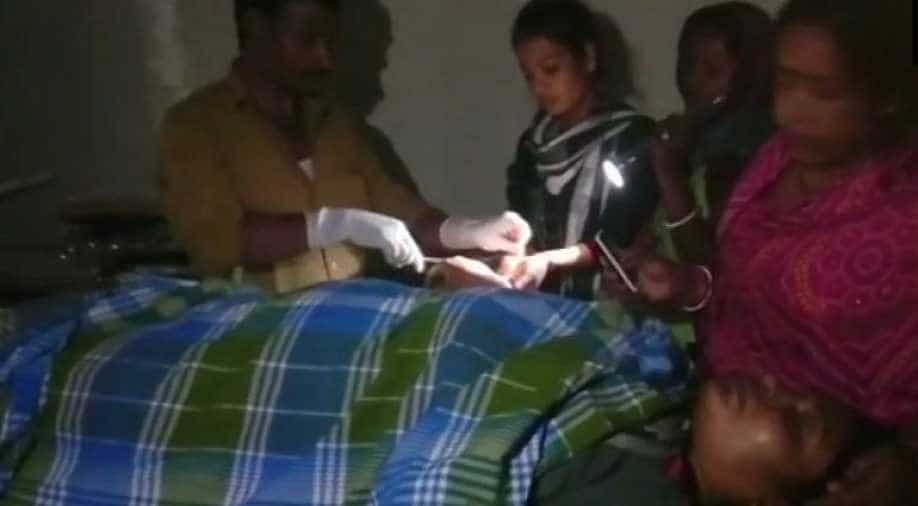 A woman was operated upon in torchlight at a hospital in Bihar.

#WATCH: A woman is operated upon in torch light at Sadar Hospital in Saharsa as there was no electricity at that time in the hospital. #Bihar pic.twitter.com/HN6T5I2683

Media reports say that there was no facility of generator at the hospital and therefore the doctors had no other option.

The video shows a woman on a stretcher in an unconscious state. Many people are seen surrounding and operating her.

The people operating the woman are not dressed in the usual white apron.

The operation was undertaken at Sardar Hospital in Saharsa, Bihar.

Giving a clarification on the issue, Bihar Health Minister has denied on any operation being conducted under torchlight.

He said that a patient was injured and was given stitches in the dressing room.

Patient was injured & given stitches in dressing room, no operation was conducted. Have asked Civil surgeon about the incident&have sought a detailed report. Incidents like these shouldn't happen:Bihar Health Minister on a woman treated in torch light at Sadar Hospital in Saharsa pic.twitter.com/7x7SuizGQH