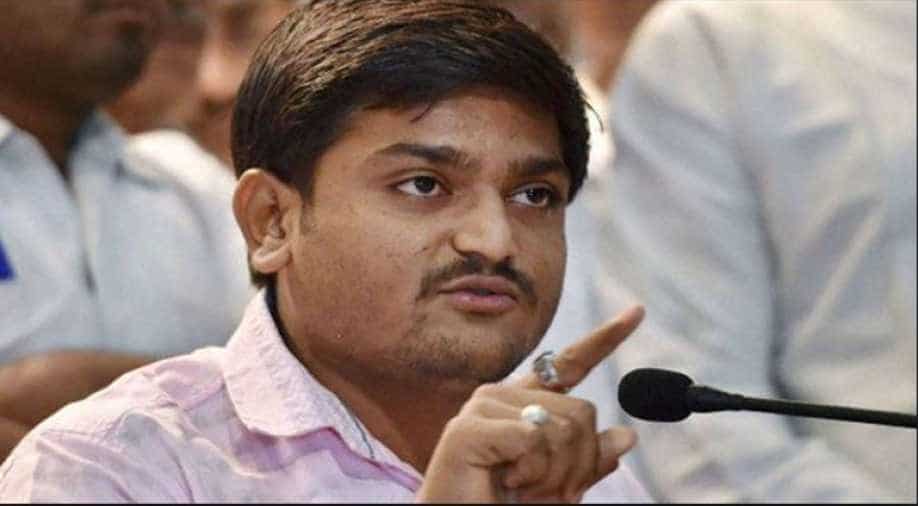 The Visnagar sessions court in Gujarat has issued a non-bailable warrant against Hardik Patel.

Patel's office had been vandalised during the Patidar rally -- the Patdiars were demanding reservations in government jobs -- in 2015.

Visnagar was one of the nerve-centres of (Patidar Anamat Andolan Samiti) PAAS-led agitation for reservations for the Patel community in 2016 when the MLA's car was pelted with stones while passing through ITI Circle in Mehsana's Visanagar city.

The warrant comes a day after the Election Commission announced the election dates for Gujarat Assembly 2017.

Patel has denied the rumours of him joining Congress so far through a CCTV footage leaked a few days ago showed him coming out of the hotel where the Congress party vice-president stayed in Ahmedabad.

In 2016, Patel came to the limelight for launching the Patidar quota agitation which had turned violent killing nine people. He was later arrested and exterminated. Earlier this year, he was allowed to return to Gujarat.

Along with two other youth protestors -- OBC icon Alpesh Thakor, who joined the Congress recently, and Dalit leader Jignesh Mewani -- Patel threatens to spoil the BJP's chances at the hustings.