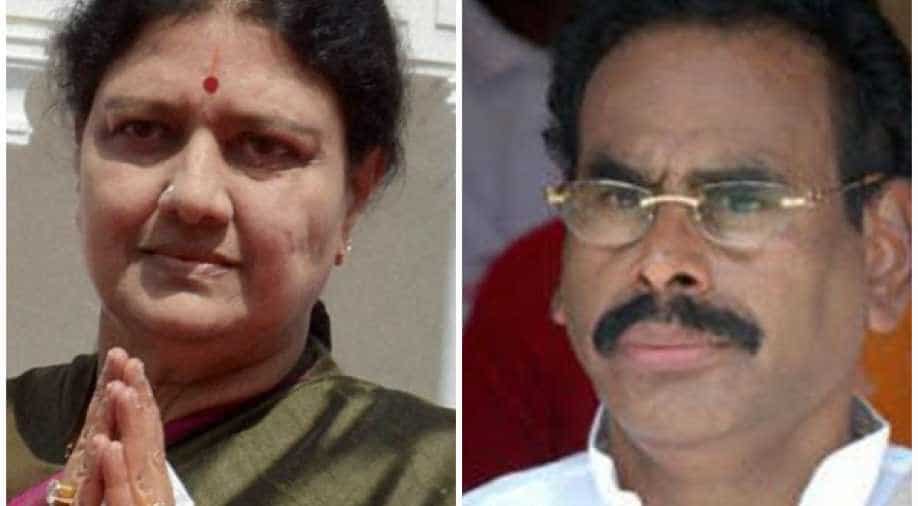 VK Sasikala has been granted 15-day parole to attend the final rites of her husband Natarajan Maruthappa.

She is now heading to Thanjavur where the last rites of her husband will be conducted.

The body of Natarajan Maruthappa is also being shifted to Thanjavur for final rites.

Following the death of her husband, Natarajan Maruthappa VK Sasikala had applied for 15-day parole from Bengaluru's Central Jail.

She was convicted by the Supreme Court in February in a disproportionate assets case.

Sasikala was earlier granted five days of parole to visit her ailing husband who was discharged from hospital in November 2017.

Following the demise of her husband M.Natarajan, VK Sasikala has applied for a 15-day parole. She is lodged at Bengaluru's Parappana Agrahara Central Jail. (File Pic) pic.twitter.com/aHkAMoBkCs

Natarajan Maruthappa passed away due to multiple organ failures at Gleneagles Global Health City in Chennai.

He was admitted to the hospital on March 16 due to a severe chest infection and was kept on ventilator support.

Sasikala was married to Maruthappa for 33 years before ending her ties with him after Jayalalithaa's condition.