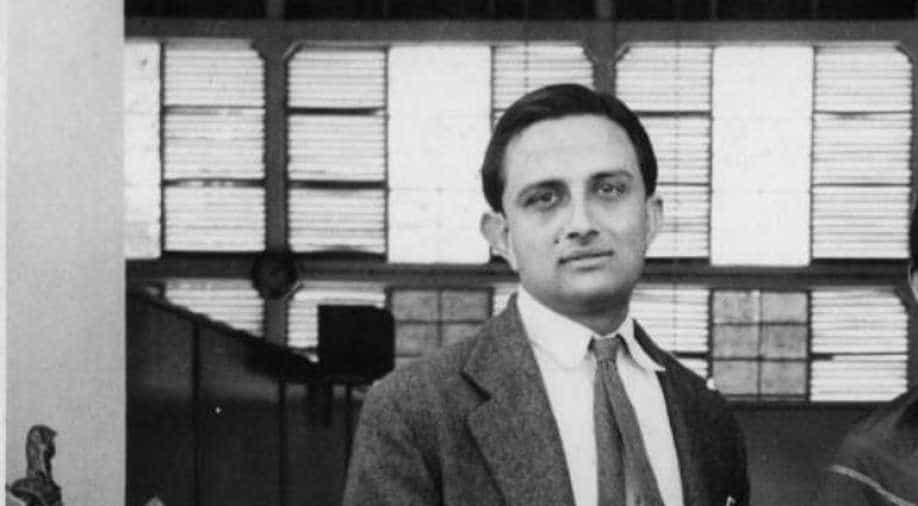 “If I finally did retire, I would prefer to teach science to children” Kartikeya quoted his father as having said.

“I pay more than Rs.4 crore in taxes, you can assume that my money, paid as tax, is being used for the space programme” Dr Vikram Sarabhai, among India’s top scientists, institution-builders and industrialists had reportedly said, half-jokingly in the 1960s. This was during the initial phases of discussion about the budget of the Indian Space Programme. The statement was reportedly in response to a professor who asked Sarabhai about why he was spending taxpayers money on space science, which was barely known in India. This was as a time when hardly a decade had passed since the country’s independence. Such an incident was recalled in a commemorative webinar hosted by Physical Research Laboratory (PRL), Ahmedabad, which Sarabhai had founded in his youth.

Ahead of the 101st Birth Anniversary of Dr Vikram Sarabhai (Aug 12th, 1919), PRL held a virtual webinar that saw the participation of Former ISRO Chairmen and the senior staff of PRL, besides Environmentalist Kartikeya Sarabhai(Vikram’s son).

Known as the ‘Cradle of Space Sciences’ in India, PRL was said to be envisioned, conceptualized by Sarabhai when he was a student, in the UK, aged 23. Eventually, the PRL was set up in 1947, when Sarabhai was 28 years of age. PRL is one among the 35 institutes/entities that Sarabhai set up in his lifetime spanning a little over five decades. Today, As a unit of Department of Space, Government of India, PRL carries out fundamental research in selected areas of Physics, Space & Atmospheric Sciences, Astronomy, Astrophysics & Solar Physics, and Planetary & Geo-Sciences. ISRO, Indian Institute of Management, Ahmedabad, National Institute of Design among others were some of the enduring institutions he built.

Speaking at the event, Dr A.S. Kiran Kumar, Former Chairman, ISRO mentioned about the ISRO founder’s ability to build institutions that spanned across domains such as science and technology, management, among others. He urged everyone to remember the contributions of the great son of the soil and requested the scientific community to re-dedicate themselves towards the cause of taking India to great heights.

In his address, Former ISRO Chairman Dr Kasturirangan fondly recalled his interaction with the ISRO founder, reminiscing about how he had been interviewed by Dr.Vikram himself, for a job at PRL and how he finally ended up working there and later at ISRO. “Dr. Sarabhai had a way of testing people’s resolve by asking specific questions and not glossing over the subject. After he understood the candidate, he would spell out his vision and explain his ideas. He would make even those who are very junior to him feel at ease by establishing a personal connect” Kasturirangan said.

It was discussed that Vikram always envisioned about the future that lay far ahead, while also making plans for attaining certain long term goals, that seemed impossible at first. Vikram used to be in touch with the top talent in the diverse fields of science and technology during his annual visits to universities in the US and Europe. He used to often urge Indian talent to return to the country and work on exciting new projects at home, some of which included ISRO, some centres at the Tata Institute of Fundamental Research among others.

On one instance, Vikram had persuaded a young U.R. Rao (later to be ISRO Chairman) to reject an offer from Berkeley University and stay in India to work for ISRO, by telling him that “there are many things we can do in this country and that there was nothing like being a pioneer in India”. Vikram’s persuasive, scientific arguments backed by his vision are what led to several young scientists having joined ISRO, during its nascent stages. Vikram had even arranged for various batches of young ISRO scientists to be trained at foreign space facilities, to ensure that they could return home and replicate similar systems here and build India’s space programme from scratch.

“When Dr. Sarabhai was the Chairman of ISRO and AEC (Atomic Energy Commission) he had laid the foundation for what premier science agencies must do in the coming years. When it came to Atomic energy he gave direction to projects such as Heavy water reactor, fast breeder reactor, Variable energy cyclotron. For ISRO which was still developing, he envisioned navigation, remote sensing and communication satellites” Dr Kasturirangan recalled.

Vikram Sarabhai’s son, Environmental Educator Kartikeya Sarabhai expressed gratitude and happiness on being to listen to so many eminent persons about their interactions with and fond memories of Vikram Sarabhai. Touching upon how his grandparents had home-schooled his father, uncles and aunts, Kartikeya spoke of how their family believed in every child is like a unique seed with its potential. “The parents and teachers are like gardeners, they can nature and support the growth,” he says.

Reminiscing about a photograph in which Vikram is seen explaining the contents of a book to his two children, Kartikeya said that their father was trying to instil interest in them by explaining planetary science from a science journal. Referring to PRL as their father’s first ‘Karmabhoomi’, Kartikeya talks about his father’s style of institution-building - dream big, create the basic DNA, people and the organization grows. He also makes a mention of Vikram’s management style which involved Horizontal control systems that focussed on team building and individual building, over vertical control systems.

“If I finally did retire, I would prefer to teach science to children” Kartikeya quoted his father as having said.

Born in a family of wealthy industrialists, Vikram was the sixth among eight children and was inclined towards science and the arts from a very young age. Growing up in Ahmedabad, Gujarat, in the decades that led to India’s independence, Vikram Sarabhai and his family were deeply influenced by the freedom movement and also had the Who’s Who of the country paying regular, friendly visits to their 21-acre palatial residence.

After completing his undergraduate studies in Physics and Mathematics from Cambridge, he worked on his postgraduate research and PhD thesis on cosmic rays under Nobel laureate Sir C.V. Raman at the Indian Institute of Science (IISc) in Bangalore. He was also a regular at the leading scientific institutions, seminars in the world, where he kept abreast of the cutting-edge developments in the diverse fields of his interest.

Vikram Sarabhai lived a busy life, often flying to multiple cities in a day and multiple countries in a week, holding meetings with scientists, government officials, and the biggest names in the respective domains, with the aim of institution-building, which would eventually lead to India’s progress in space technology, among other fields.

The ISRO founder who lived an extremely active lifestyle died a mysterious death at the age of 52(on December 30th 1971), during his overnight stay at a hotel, in Kerala’s capital Thiruvananthapuram, where he stayed regularly during visits. It is said that despite the hotel staff having made repeated attempts to ring the bell, the routine early-riser had not responded, and appeared to be asleep. That’s when the room was opened with a spare key and the Doctor who had arrived declared that Vikram had probably died a few hours ago. Vikram had meetings until 10 pm the previous night and was expected to be up at 6 am for a swim at the beach.

Describing Vikram’s death as ‘heroic’, his friend and Japanese Space technologist had written that ‘his ability went beyond his living power’.