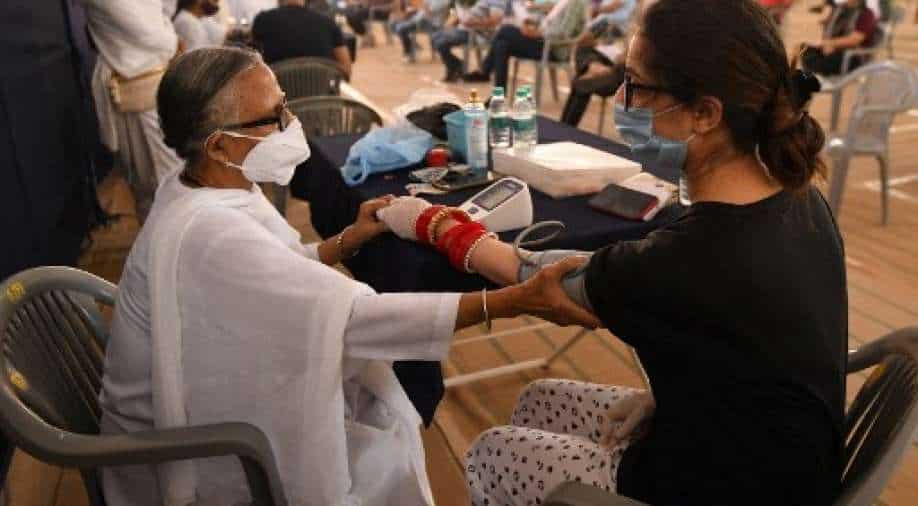 Tuesday was the deadliest day for India, with the Wuhan virus claiming more than 4,500 lives.

It was the highest daily death toll for any country anywhere in the world in the pandemic. India's total death toll since last year has climbed to over 2,80,000.

The death toll has gone up while new infections have dipped, however, the fatalities have been rising.

In the last 24 hours, India added over 267,000 new COVID-19 cases even though the numbers have been falling since Monday.

The active cases fell by more than 100,000 again and over 300,000 people recovered on Tuesday with close to 22 million people having recovered overall.

The new infections may have dropped but the virus is still spreading with 22 states in India reporting a high positivity rate of 15 per cent indicating 15 out of 100 people have been testing positive.

Therefore, lockdowns won't go away in a hurry in the country. Many countries have been opening up. Last week America revoked the mask mandate and the European Union(EU) has reopened its borders to the world. The bloc wants to allow fully vaccinated travellers.

The EU will only allow those who have taken vaccines approved by the European Union, namely Pfizer, Moderna, Johnson & Johnson and AstraZeneca.

However, if an individual has taken a Chinese or Russian vaccine that person won't be allowed into the block. Europe is still making up its mind about Russia's Sputnik V shot but it may have a reason to avoid the Chinese vaccines.

The UAE and Bahrain have widely used the Sinopharm vaccine. They are already gearing up to administer a third dose - a booster shot to a small group of people since people failed to develop any antibodies even after they took both of their shots.

Both countries today made a simultaneous announcement. Those who got the Chinese vaccine at least six months back can register themselves for a booster shot.