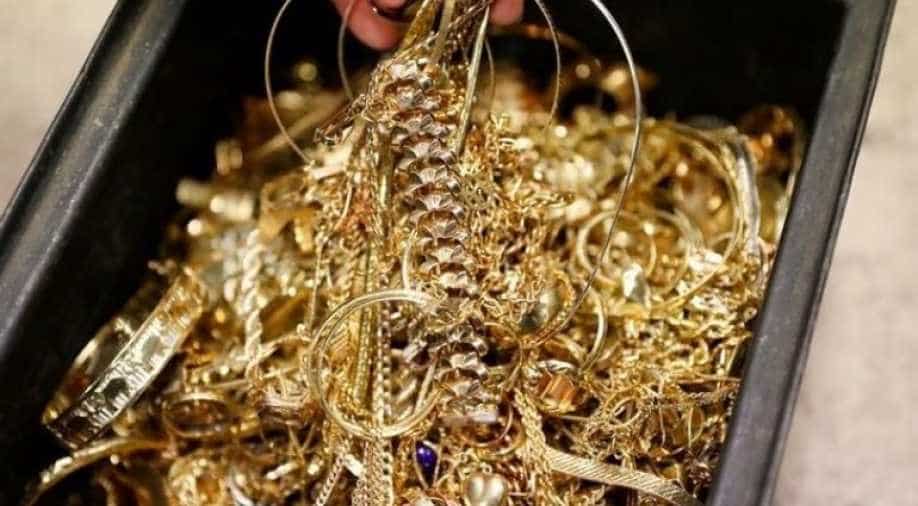 Officials, on receiving information about the treasure, reached the temple, wanting to hand over the gold to the government.

Villagers stumbled upon "ancient gold" during the renovation of a temple in Tamil Nadu and it was seized by authorities and deposited with the government treasury on Sunday despite the locals protesting against it, officials said.

During the renovation of a temple of Lord Shiva taken up by the villagers themselves, "gold items", said to be weighing over half a kilogram, were found beneath the steps leading to the sanctum sanctorum a few days ago.

Officials, on receiving information about the treasure, reached the temple, wanting to hand over the gold to the government.

While devotees and local people declined to part with it as they wanted to place the gold again at the very same spot after completion of the renovation, authorities were firm on taking it, the officials said.

After talks failed, officials deployed an adequate number of police personnel at the village and amid protests, they seized the find, packed it in a box and sealed it before taking it away.

According to the villagers, the temple is believed to belong to the Chola era.

"Placing some gold beneath the temple steps is considered auspicious and this practice dates back to times immemorial," a local people said.

Since the gold belonged to the temple, authorities had no right to seize or retain it, local contended, and blocked policemen and officials from taking it away.

Asked whether they have verified the find, Revenue Divisional Officer Vidya said "it looked like gold".

About the gold's weight and form, she told news agency PTI that a complete assessment could not be carried out in view of protests by the people.

"We only have a count," she said, adding the gold was an "assortment", including one that appeared to be a kind of a "waist chain", she said.

"The gold has been deposited with the treasury," she said.

Answering a question and on the demand of the people, she said they wanted it to be placed again at the temple.

A police official said the gold weighed about "565 gram as per information" and the government revenue authorities would take a decision on whether to return the gold to the temple or not.