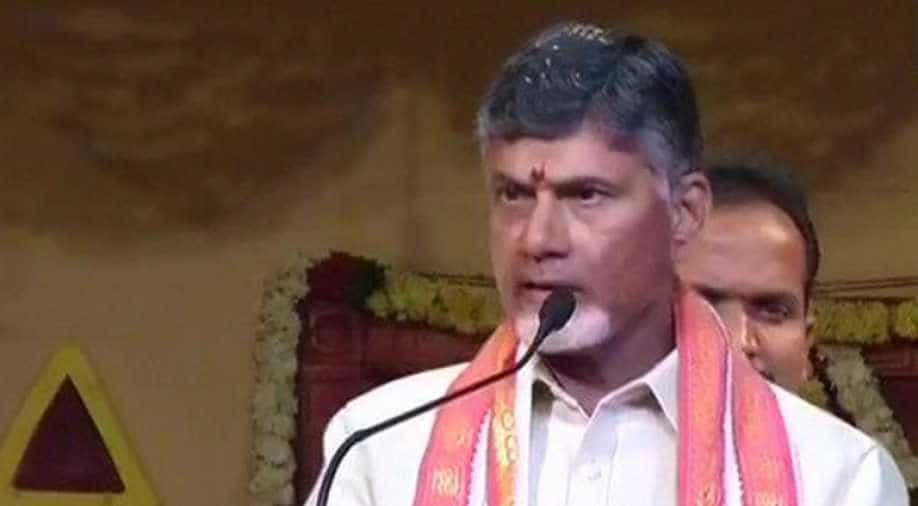 Chandrababu Naidu said that as a chief minister and someone who believed in democracy, he welcomed the development and that the whole country would be happy about what had transpired.

"This is a victory of democracy. As a chief minister and as someone who believes in democracy, I am welcoming this. Everyone in the country will be happy about this development," Naidu said.

The Andhra Pradesh chief minister also accused Prime Minister Narendra Modi and BJP National President Amit Shah of trying to "deride the democracy" in Karnataka. He also questioned the message the Prime Minister and the BJP President have given to the nation and the youth.

Chandrababu Naidu further accused the BJP of bribing voters with Rs 10,000 for each vote and of bringing back tainted leader Janardhan Reddy to the forefront.

"Prime Minister told he will be honest, will bring back black money from Swiss Bank and abroad. But, BJP bribed upto Rs10,000 for each vote in the Karnataka elections. BJP brought back Janardhan Reddy who looted the mineral wealth in the country to the forefront and did politics, gave them seats," Naidu added.

The Andhra Pradesh chief minister accused the BJP of "misusing the institution of Governor" in Karnataka.

JD(S) leader HD Kumaraswamy will now take oath as the chief minister of Karnataka on May 23 after he was invited by Karnataka Governor Vajubhai R Vala to form the government in the state.

Bharatiya Janata Party's (BJP) BS Yeddyurappa stepped down ahead of the floor test in the state assembly on Saturday.