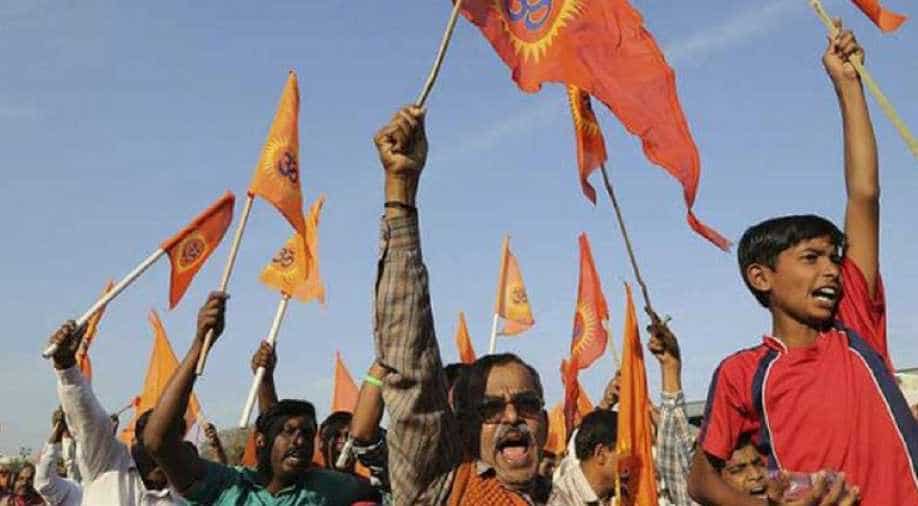 The VHP will 'order' the MPs to support a law for the construction of Ram temple, VHP leader Alok Kumar said at a rally.

The VHP will "order" the MPs to support a law for the construction ofRam temple, he said at a rally here.

While the first case in the Ram Janmabhoomi-Babri Masjid issue was filed in 1950, the matter is still dragging on, Kumar said, adding the Supreme Court had ordered the district court hearing the criminal case related to the conspiracy to demolish Babri Masjid to decide the matter by March 2019.

Why then did the apex court not expedite the hearing of appeals on the title suit of Ram Janmabhoomi-Babri Masjid in the same way, he asked.

The VHP leader cited the example of the ordinance which restored provisions related to an immediate arrest in the Scheduled Castes and Scheduled Tribes (Prevention of Arrest) Act after the Supreme Court had diluted it and argued that even when a matter is before a court, a law can be brought in the matter.

"Starting from this month, from today itself, VHP will conduct 547 sabha (gatherings) in all Lok Sabha constituencies and meet respective MPs, and order them to support the law for Ram temple as asked by people," Kumar said.