Varanasi: Constituency to watch out for this election 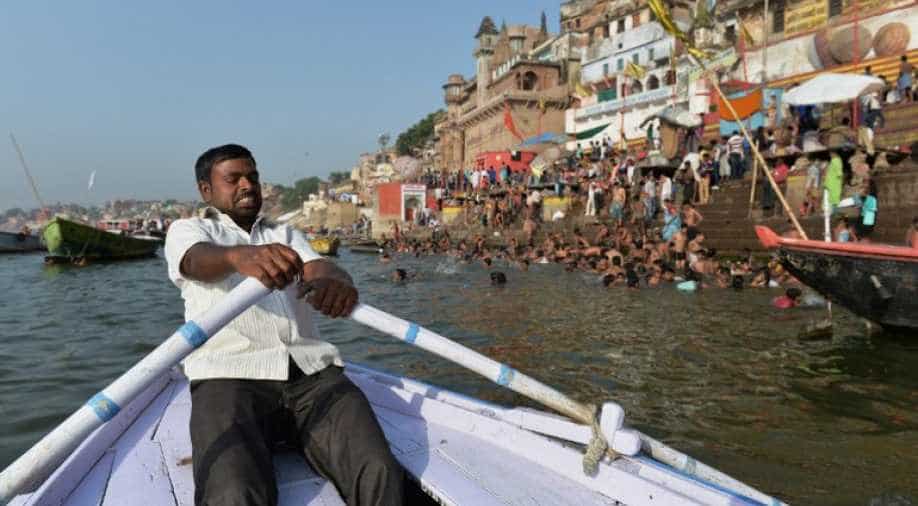 Varanasi is one of the holiest pilgrimage sites for the Hindus. Photograph:( AFP )

Varanasi which will go to elections on May 19 is now ending up being a jam-packed front line in the general elections.

Varanasi is again going to be among the most-watched constituencies in the upcoming Lok Sabha elections as Prime Minister Narendra Modi, who won from here in 2014, will seek re-election.

Unlike the last elections, PM Modi will not be contesting from a second seat this time.

Varanasi which will go to elections on May 19 is now ending up being a jam-packed front line in the general elections.

Congress and SP-BSP alliance haven't announced any candidate from Varanasi yet. But there are others who are challenging PM Modi in this battle royale.

The distressed Tamil Nadu farmers, who had taken their protests to the national capital to highlight their demands, have decided to fight the electoral battle against the PM Narendra Modi.

On March 23, Tamil Nadu farmers leader P Ayyakannu said that 111 farmers from the state will contest against PM Modi from Varanasi.

The BSF constable who was dismissed from service in 2017 after he posted a video online complaining about the quality of food served to the troops has said he would take on Prime Minister Narendra Modi in Varanasi.

Chandrashekhar Azad Ravan officially declared a month ago that he will be contesting Lok Sabha polls from Varanasi against Prime Minister Narendra Modi.

He has already launched his poll campaign by holding a roadshow in the city. BSP chief Mayawati has, meanwhile, alleged that Azad has the ill-intention of dividing Dalit votes.

Rumours about a star-studded contest in Varanasi peaked after reports that Priyanka Gandhi remarked to party workers during her boat campaign last month, "Why not Varanasi?"

But sources close to Congress party have indicated that Priyanka Gandhi, who is party general secretary in charge of east Uttar Pradesh, will not contest against PM Modi because it will weaken the campaign in the rest of the state.

Uttar Pradesh is a standout amongst the most critical states of the politically charged Hindi heartland. With the Samajwadi Party and Bahujan Samaj Party teaming up and the Congress fielding their trump card Priyanka Gandhi Vadra as a general secretary, the state's decisions will be one to look out for.

Varanasi will vote on May 19, in the last round of seven-phase polls that start on April 11. The results will be declared on May 23.