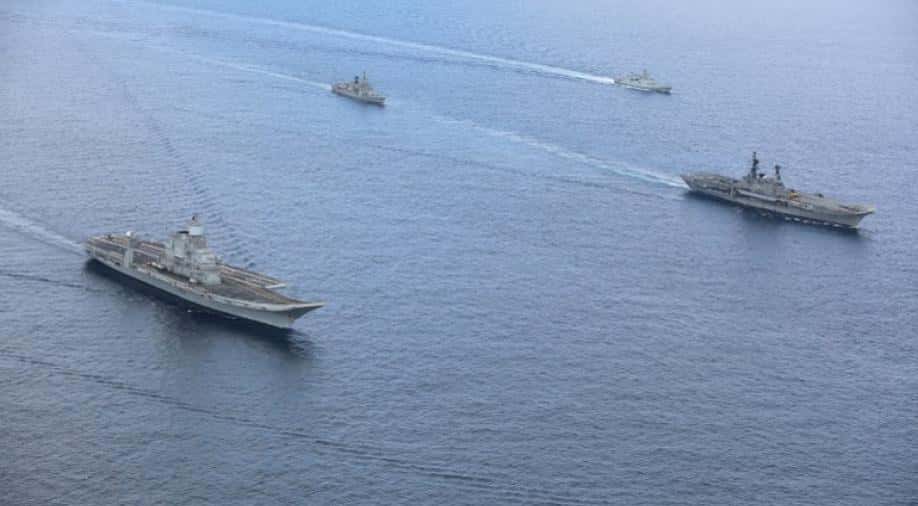 The first phase of the mission has already kicked off. At least four Navy ships sailed on Tuesday. Three were sent to the Gulf. One ship has gone to the Maldives.

Testing times call for bold ideas, almost two million citizens are stranded around the world due to the coronavirus crisis. The Indian government is set to kick-off the biggest evacuation mission in the world an effort that has never been seen before in peace time.

It is called the biggest ever evacuation in history. India has deployed commercial jets, military transport planes and naval warships to bring back stranded citizens from around the world.

The first phase of the mission has already kicked off. At least four Navy ships sailed on Tuesday. Three were sent to the Gulf. One ship has gone to the Maldives.

The Indian Air Force will have a major role to play as well. It has deployed 30 aircraft for repatriation. It includes the C-17 Globemaster and the C-130 Super Hercules.

Air India will operate 64 flights in the first week. The mission called "Vande Bharat" will be the world's largest evacuation exercise. The first phase is expected to help 1.8 million Indian citizens which is far more than the airlift from Kuwait in 1990 when one lakh seventy thousand citizens were brought back before the Persian Gulf War.

That rescue mission had found a place in the Guinness Book of World Records. Now, India could set a new record, however, this evacuation is different. Those who want to come back will have to pay for their journey and all passengers will be screened.

Only, Asymptomatic passengers will be allowed to board. On arrival, they will be placed in quarantine for 14 days but, this is by far the most expansive evacuation that India has ever undertaken.

Indian planes will travel to as many as 12 countries covering all major continents around the world. India is not the only country to repatriate its citizens. As of the May, 4 - the United States has brought back 78,000 citizens. European countries have evacuated more than 65,000 citizens. Several Indians are applying to come back.

Almost two lakh Indians have already registered with the Indian missions in the UAE but officials have been asked to give priority to pregnant women, medical emergencies, and the elderly.