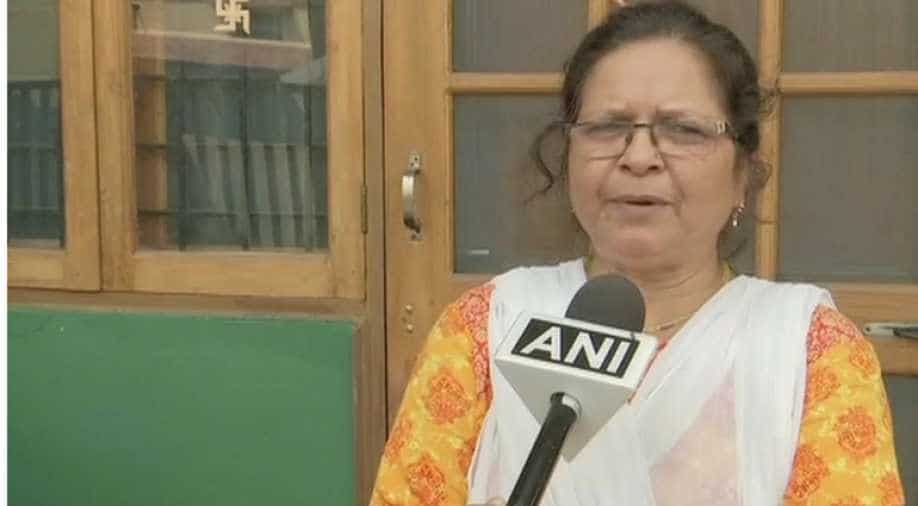 The teacher in Uttarakhand who was suspended for violating "the decorum" of Janata Darbar session has asked the chief minister Trivendra Singh Rawat to apologise to her for insulting her.

Earlier on Saturday the Education Minister of Arvind Pandey had already apologised to her and assured a solution to the matter but, Uttara Bahugana said that "Why did State Education Minister apologise to me when it was the chief minister who insulted me?", news agency ANI quoted her as saying.

"Chief minister should offer an apology. I have a lot of self-respect, won't let anyone insult me," she added.

On Thursday, Uttarakhand Chief Minister Trivendra Singh Rawat directed the police to take Bahuguna into custody for allegedly protesting at his Janata Darbar session in Dehradun.

The Chief Minister also ordered her suspension, after Uttara Bahuguna allegedly used abusive language and showed indecency, while seeking a transfer from a remote location to Dehradun.

Later on Friday, School Education Secretary Bhupinder Kaur Aulakh said Uttara Bahuguna has been suspended as she "violated the decorum".

However, the teacher's son Shubham Bahugana has claimed that it was the Chief Minister's fault and he is the one who should apologise.

"After watching the full video, people can now see that it's completely CM's fault. He provoked my mother to behave the way she did. I don't think my mother has said anything wrong. Is this the way CM should talk during a public hearing? He should apologise," Shubham said.