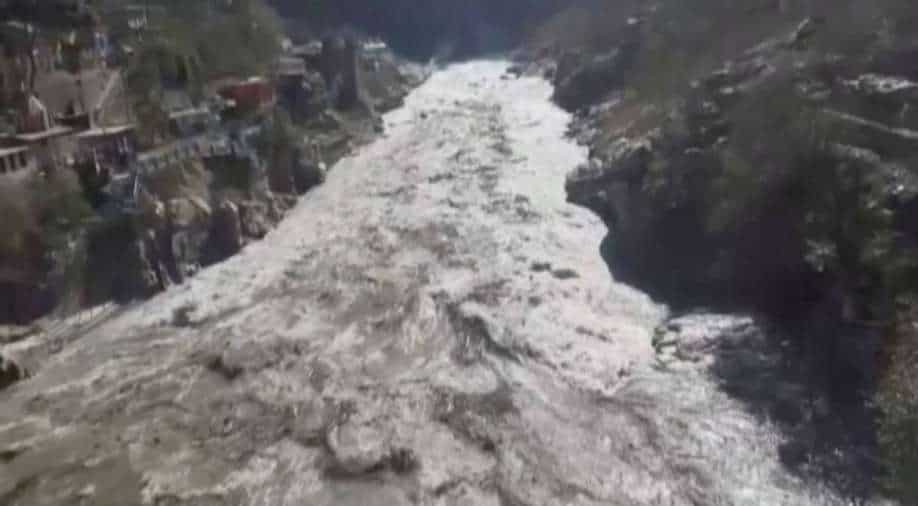 Uttarakhand Chief Minister Trivendra Singh Rawat said the numbers could be higher and announced a compensation of Rs 4 lakh to the next of kin of those killed in the "massive disaster".

Rescuers have pulled out seven bodies from a tunnel while at least 125 people were missing after a glacier burst in Chamoli district of Uttarakhand triggered a massive avalanche and floods in the Alaknanda river system on Sunday.

Uttarakhand Chief Minister Trivendra Singh Rawat said the numbers could be higher and announced a compensation of Rs 4 lakh to the next of kin of those killed in the "massive disaster".

Two power projects -- NTPC's Tapovan-Vishnugad hydel project and the Rishi Ganga Hydel Project   were extensively damaged with scores of labourers trapped in tunnels as the waters and sludge came rushing in.

Seven bodies have been recovered from one of the tunnels in Tapovan and a search for the rest of the missing people is underway by ITBP and SDRF personnel, Rawat said here on his return from a visit to the affected areas.

Rawat said at least 125 people including two policemen were missing and the numbers could be higher as authorities of the damaged hydel projects are not in a position to give a precise figure.

All efforts are focussed at the moment to pull out those feared trapped inside the other tunnels that are clogged with 35-40 feet of debris, Rawat said.

The extent of damage to the two hydel projects is being assessed by their management, he said.

One motorable road and four suspension bridges connecting 7-8  villages in the area with the district headquarters have also been washed away by the avalanche.

Arrangements have been made to continue uninterrupted supplies of essentials to these villages, Rawat said.

There are 17 gram sabha areas affected by the avalanche, out of which 11 are inhabited while the residents of the rest had moved to lower areas during the winter, Rawat said.

All arrangements are in place to deal with any eventuality including IAF and private helicopters which are on stand-by.