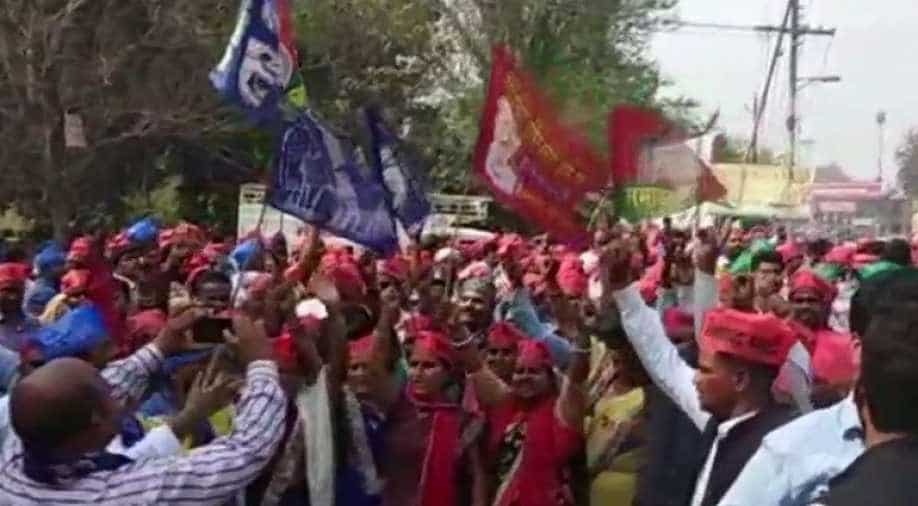 In the Gorakhpur bypoll meanwhile, the SP's Praveen Kumar Nishad won by 21,881 votes

The BSP did not put up any candidates, so as to not split the anti-BJP vote.

Uttar Pradesh Chief Minister Yogi Adityanath accepted the defeats, saying after the loss: "We accept the verdict of the people, this result is unexpected, we will review the shortcomings. I congratulate the winning candidates."

Remember, UP CM Yogi Adityanath was elected MP from Gorakhpur five times before this. He had to vacate the Lok Sabha seat after becoming chief minister of Uttar Pradesh. Similarly, the Phulpur seat was vacated by Keshav Prasad Maurya after he became deputy chief minister.

The Congress meanwhile fared poorly in the polls, with its candidates from both Phulpur and Gorakhpur losing their deposits.

That however did not stop Congress President Rahul Gandhi from proclaiming that the BJP losses showed that voters are angry with the BJP.

"It is clear from the bypoll results that voters are angry with BJP and they will vote for the non-BJP candidate who has strongest chance of winning. As far as Congress is concerned, we are committed towards rebuilding the party in UP, and it does not happen overnight," he said.