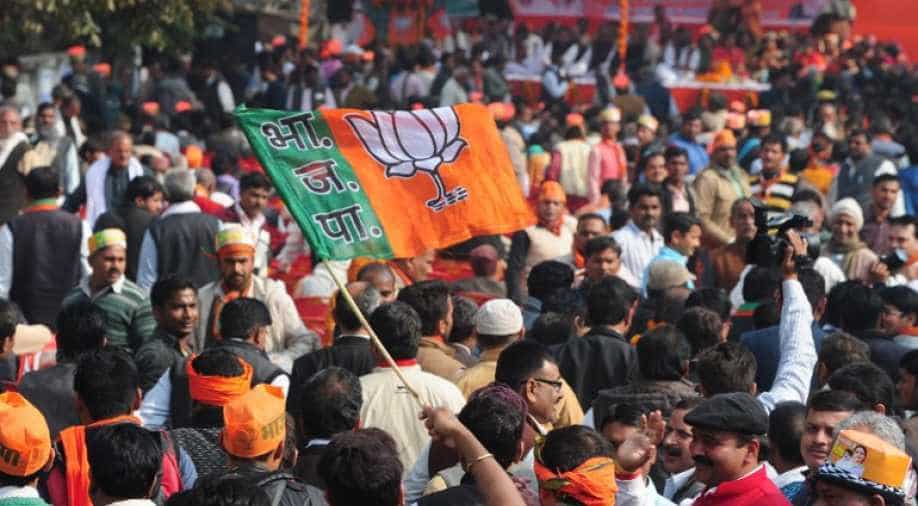 The final results are expected by this evening. Results will be communicated to the candidates through SMS on their registered mobile numbers. Photograph:( Zee News Network )

The ruling BJP established early leads in the Uttar Pradesh civic polls as counting of votes was in progress for all the 652 urban local bodies.

Out of 16 mayor seats, the BJP has won 14 mayoral seats while the BSP has won two seats. BJP's mayor candidates have won in Varanasi, Gorakhpur, Ghaziabad, Bareilly, Agra, Firozabad, Ayodhya, Mathura, Lucknow, Kanpur, Saharanpur Jhansi and Bareilly, and Moradabad. The BSP has won in Aligarh and Meerut.

Development has triumphed once again in the country. Thank people of the state for this grand victory. Many congratulations to CM Yogi Adityanath & all party workers. This win motivates us to work even harder for people's betterment, tweets PM Modi #UPCivicPolls2017 (File Pic) pic.twitter.com/7g6T3THlNq

In a major blow to Congress, the BJP has won the Amethi Nagar Panchayat elections. Amethi is the constituency of Congress Vice-president Rahul Gandhi and is considered a bastion of the party.

The final results are expected by this evening. Results will be communicated to the candidates through SMS on their registered mobile numbers.

Official sources said no procession would be allowed during the counting process and following the announcement of the results.

Polling was held for 16 nagar nigams, 198 nagar palika parishads and 438 nagar panchayats with an average turnout of all the three phases estimated at 52.5 per cent of the 3.32 crore voters.