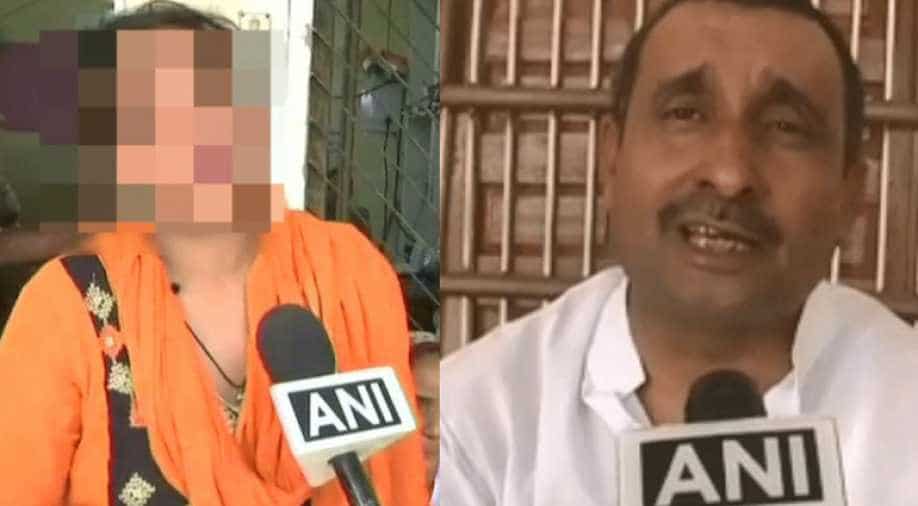 The 17-year-old girl (L) alleged that BJP MLA Kuldeep Singh Sengar (R) and his aides had raped her in May 2017. Photograph:( ANI )

The hearing, however, could not be completed as the counsel of one of the accused did not appear before the court. The matter is now slated for October 9

A local court in Delhi on Saturday cross-examined the mother of the Unnao rape survivor in connection with the custodial death of her father.

The hearing, however, could not be completed as the counsel of one of the accused did not appear before the court. The matter is now slated for October 9.

Pursuant to the survivor mother`s cross-examination, her sister will be questioned in the court.

Expelled BJP legislator Kuldeep Singh Sengar is accused of raping the woman in Unnao district of Uttar Pradesh in 2017.

Following this, her father was arrested in March 2018 for allegedly possessing illegal arms.

The man died six days later while in custody. Special Judge Dharmesh Sharma had on August 14 framed charges against Sengar and three police personnel and five others for allegedly framing the rape survivor`s father in an illegal arms possession case.

Sengar and others were charged for the offences punishable under various sections of the Indian Penal Code (IPC), including murder, criminal intimidation and false evidence and section 25 (punishment for possession of prohibited arms and ammunition) of the Arms Act.

The court had passed the order on an FIR related to Arms Act and custodial death of survivor`s father. It has clubbed both the Arms Act case and the death in custody case after observing several witnesses are same and incidents are connected.

The court had earlier observed that the accused carried out a series of acts to detain and silence him so that he does not pursue his complaint.