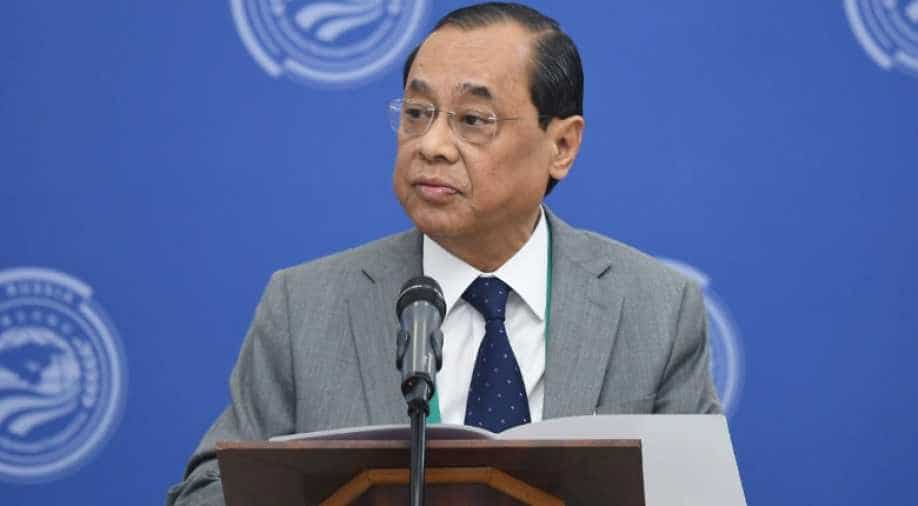 During the court proceedings, Chief Justice of India Ranjan Gogoi also sought full details of investigation about the status in the rape case and accident of the victim and also asked the Solicitor General to interact with CBI Director regarding the cases.

The Supreme Court on Thursday sought the presence of a "responsible" CBI officer before it by 12 noon to inform about progress in the Unnao rape case.

After commencement of hearing post noon, the top court is also likely to transfer the cases related to the matter to Delhi from Uttar Pradesh.

During the court proceedings, Chief Justice of India Ranjan Gogoi also sought full details of investigation about the status in the rape case and accident of the victim and also asked the Solicitor General to interact with CBI Director regarding the cases.

Solicitor General Tushar Mehta pleaded the CJI to adjourn the case for tomorrow arguing that CBI officers who are investigating the matter are in Lucknow.

Mehta told the apex court that he spoke to the CBI director and the officers investigating the Unnao cases, and added that it will not be possible for them to reach Delhi by 12 noon.

However, CJI refused to adjourn the case. Supreme Court said that if necessary, chamber hearing may take place.

Yesterday, CJI Gogoi had sought an explanation from the Secretary-General of Supreme Court for the delay in placing the letter of Unnao rape survivor`s mother before the court.

"This morning I read in the papers that the Unnao victim had written to the Supreme Court. I was informed about the letter yesterday. I have not yet seen the letter. It is yet to be placed before me. We try to do something constructive amid this highly destructive volatile environment and this happens," Ranjan Gogoi remarked.

On July 28, a truck rammed into the vehicle in which the Unnao rape survivor, her counsel and two aunts were travelling to Raebareli. While she and her lawyer sustained grievous injuries, her aunts were killed on the spot.

The Unnao rape survivor and her lawyer, who is being treated at King George`s Medical University are stable, the hospital said on Wednesday.

The Uttar Pradesh Police filed a case of murder against BJP MLA Kuldeep Singh Sengar and nine others in connection with the accident.

Probe in the case was transferred to the Central Bureau of Investigation on Tuesday after which the CBI registered a case in connection with the rape survivor`s accident in Raebareli.

Sengar, a legislator from Bangermau in Unnao district, had allegedly raped the girl at his residence in Unnao on June 4, 2017, where she had gone to seek a job. He is currently lodged in Sitapur district jail.