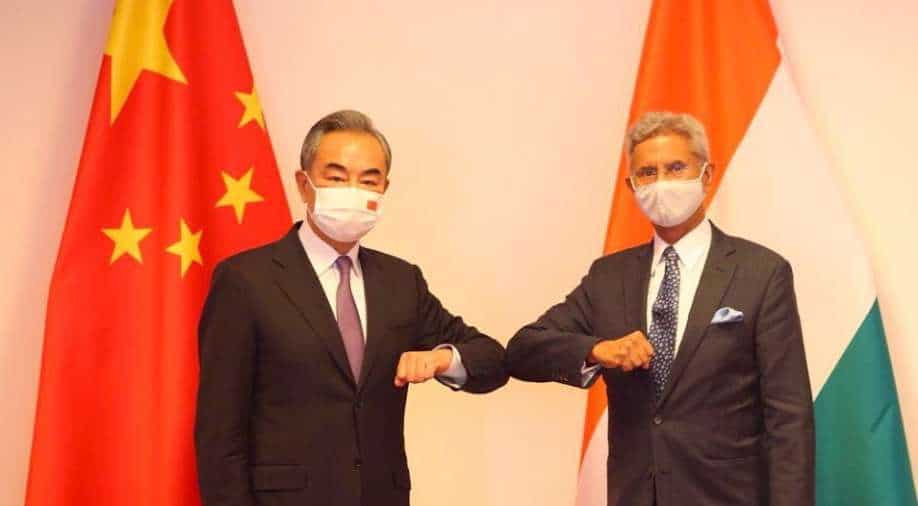 The current situation at the Line of Actual Control(LAC) in eastern Ladakh dominated the meeting between the Indian external affairs minister S Jaishankar and the Chinese foreign minister in Dushanbe.

During the meeting, the Indian side clearly told the Chinese side that "unilateral change of status quo is not acceptable" and called for "resolving the remaining issues along the LAC in eastern Ladakh at the earliest" according to the readout by the ministry of external affairs.

The meet took place after a gap of more than ten months. Both ministers had last met in person on the sidelines of the SCO FMs meet in Moscow in September of 2020 in the aftermath of the Galwan incident in which India lost 20 soldiers due to Chinese aggressive actions.

According to the Indian readout, EAM pointed out to the Chinese State Councillor that the "successful disengagement" in the Pangong Lake area earlier this year had "created conditions for resolving the remaining issue" and "it was expected that the Chinese side would work with us towards this objective."

He highlighted that the "situation in remaining areas is still unresolved" and "prolongation of the existing situation was not in the interest of either side" which was "visibly impacting the relationship in a negative manner."

After the Galwan incident, India had increased scrutiny on Chinese investment and banned a number of Chinese apps. The sentiment in the country has also turned against Beijing to an all-time high last seen in the 1962 India-China war.

During the talks on Wednesday, the focus was also on holding the next round of military talks. Both sides already have had a diplomatic round of talks, known as Working Mechanism for Consultation & Coordination(WMCC) in June.