Unfortunate that some states opted out of Ayushman Bharat for 'political expediency': Sitharaman 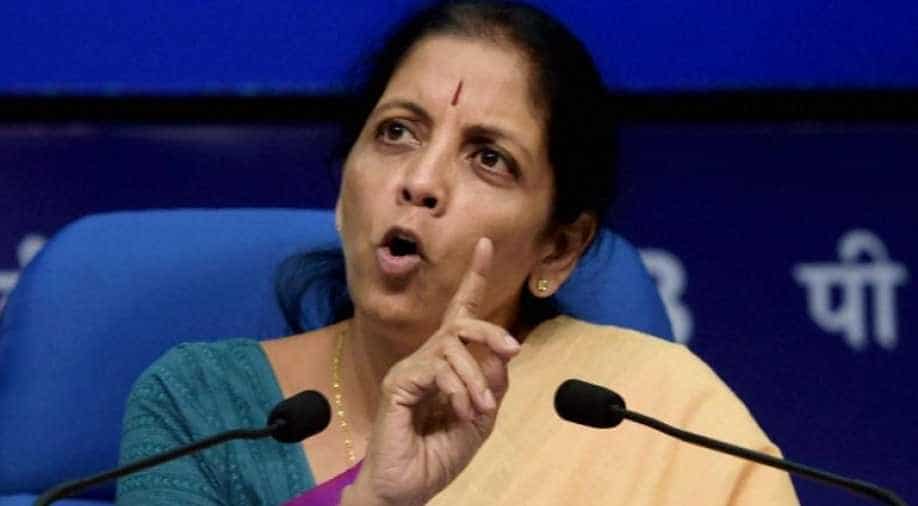 On January 10, West Bengal Chief Minister Mamata Banerjee had announced that the state was pulling out of the scheme, accusing the Narendra Modi-led NDA government of 'playing dirty politics'.

Defence Minister Nirmala Sitharaman has termed it unfortunate that some states have chosen to opt out of the Centre's ambitious Ayushman Bharat scheme for "political expediency".

In a Facebook post dated January 23, Sitharaman said, "It (Ayushman Bharat) has already achieved a paradigm shift in healthcare within 3 months of its launch and has managed to provide succour to the poorest of the poor and the middle class...It is very unfortunate that some states have chosen to opt out of the scheme for reasons of political expediency."

On January 10, West Bengal Chief Minister Mamata Banerjee had announced that the state was pulling out of the scheme, accusing the Narendra Modi-led NDA government of "playing dirty politics" under the garb of the health coverage programme.

"You(Narendra Modi) are sending letters with your photograph on them to every household in the state, making tall claims to take credit for the scheme. Then why should I bear 40 per cent? The NDA government should take the entire responsibility," she had said.

The Arvind Kejriwal-led AAP government in Delhi has also given a cold shoulder to the scheme.

The scheme plans to cover over 10.74 crore poor and vulnerable families as per the socio-economic caste census (SECC). It provides a cover of up to Rs 5 lakhs per family per year which includes 1,400 pre-defined packages spread over 23 specialities.

The expenses incurred are shared between the Centre and the state in 60:40 ratio.

"More than 8 lakh beneficiaries have been admitted to empanelled hospitals and claims worth Rs 662 Cr have been settled. Within 100 days of its launch, it has been lauded by organisations like WHO and independent philanthropists like Bill Gates," Sitharaman wrote on Facebook.

Before the launch of Ayushman Bharat, around 62.58 per cent of our population had to pay for their own health and hospitalisation expenses and were not covered by any form of health protection, she said.

She pointed out that each year, 4.6 per cent of the population is pushed below the poverty line as people meet their healthcare needs spending large proportion of their income and savings, borrowing money or selling their assets.