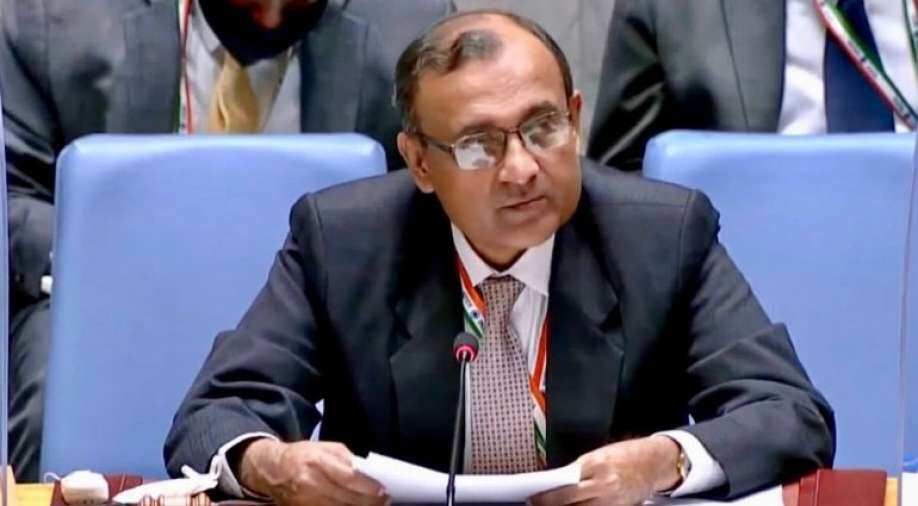 At the meet, envoy Tirumurti said, "constructive diplomacy is need of the hour to avoid scaling up of tensions" and reiterate that the "well-being of Indian nationals is of priority to us"

At an emergency session of the security council on Ukraine, India while expressing its "concern" has called for "de-escalation of tensions".

India's envoy to the United Nations TS Tirumurti said, "escalation of tension along the border of Ukraine with the Russian Federation is a matter of deep concern" and these "developments have the potential to undermine peace and security of the region".

Calling for "restraint on all sides", the envoy said, "immediate priority is a de-escalation of tensions taking into account the legitimate security interests of all countries and aimed towards securing long term peace and stability in the region and beyond."

The meeting happened after Ukraine sent a letter asking for an emergency session. Following this many countries, led by the US asked for the meeting. Interestingly, Russia is the President of the Security Council for February.

The Indian envoy emphasising "diplomatic dialogue" welcomed the efforts through "Trilateral Contact Group and under the Normandy format", warning that "we cannot afford to have a military escalation."

He also mentioned the Minsk pacts which he said: "Provide a basis for a negotiated and peaceful settlement". Minsk pact which includes Russia, Ukraine, Organization for Security and Co-operation in Europe OSCE is a 2014/2015 agreement that calls for a ceasefire in Eastern Ukraine regions of Donetsk, Luhansk and others among other things.

The Normandy format of talks includes Germany, France and members of the Minsk pact and basically focuses on the pact's implementation.

At the meet, envoy Tirumurti said, "constructive diplomacy is need of the hour to avoid scaling up of tensions" and reiterate that the "well-being of Indian nationals is of priority to us."

Around twenty thousand Indian students and nationals live and study in different parts of Ukraine.

India has been making efforts to bring back its nationals from the country and two advisories have been issued. Special Air India flights have been started as well to bring the stranded Indian nationals.