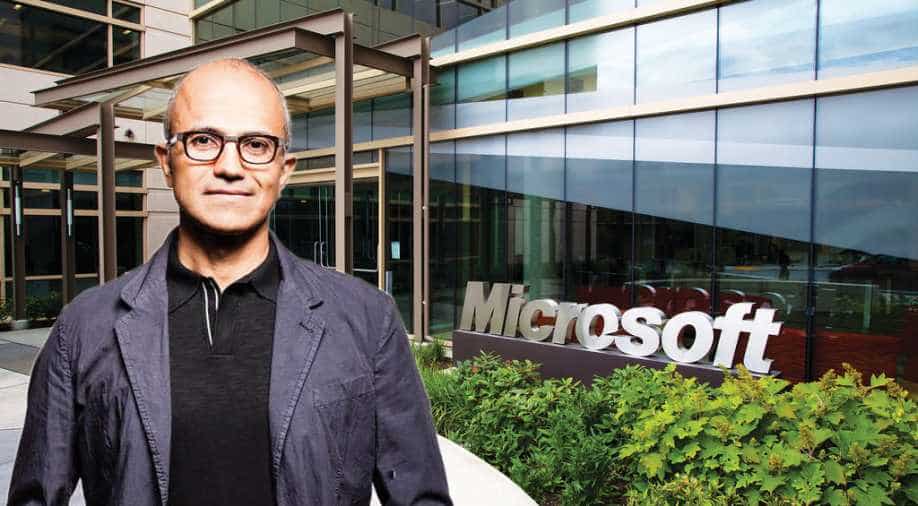 Nadella is one of the first big corporate voices to speak up against India's new citizenship law.

India's new citizenship law has divided public opinion in the country. Students across India are up in arms against the law. Even as the government refuses to budge.

During a Microsoft event in Manhattan, Nadella said he was saddened by the new law.

He said that "I think what is happening is sad, primarily as someone who grew up there. I think it's just bad. If anything, I would love to see a Bangladeshi immigrant who comes to India and creates the next unicorn in India or becomes the CEO of Infosys. That should be the aspiration."

Nadella is one of the first big corporate voices to speak up against India's new citizenship law.

Opponents of the law have slammed it for excluding Muslims from obtaining citizenship on the grounds of religious persecution.

Nadella was quick to point out that he was not against any country protecting its borders or regulating immigration.

But he said that the manner in which immigrants and minorities are treated is what matters.

Since his comments became public, both Nadella and Microsoft have been trending on Indian twitter.

What ‘new citizenship act’, could you elaborate @satyanadella? And who has stopped Bangladeshis from applying for immigration through proper channels? #CAA is about making it easy for persecuted Indic minorities to get citizenship. A simple google search could have told you that. https://t.co/P9kLYP47Vi

Prominent Indian historian Ramachandra Guha lauded Nadella for taking a stance against caa. And asked Indian corporate bigwigs to do the same.

But a few hours later, Microsoft issued a statement from its CEO.

"Every country will and should define its borders, protect national security and set immigration policy accordingly. And in democracies, that is something that the people and their governments will debate and define within those bounds. I’m shaped by my Indian heritage, growing up in a multicultural India and my immigrant experience in the United States. My hope is for an India where an immigrant can aspire to found a prosperous start-up or lead a multinational corporation benefitting Indian society and the economy at large," the statement said.