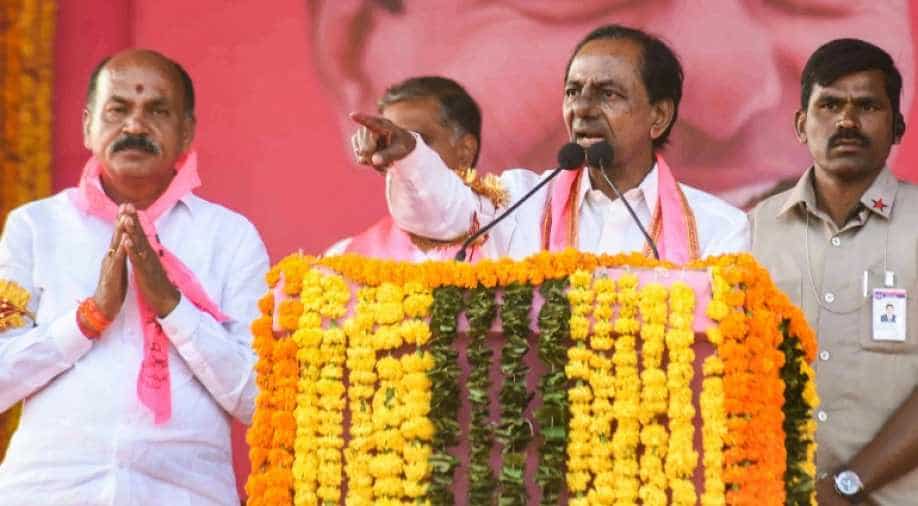 Nearly all the exit polls had predicted incumbent KCR-led TRS retaining another term with a clear majority.

TRS president and Telangana caretaker Chief Minister KCR is leading by 9,212 votes over his nearest Congress rival Vanteru Pratap Reddy in Gajwel constituency after the fifth round of counting.

His daughter and K Kavitha said on Tuesday that there was never a doubt that the party will retain power with a huge majority.

Kavitha, a member of the Lok Sabha, said there was no anti-incumbency as the TRS government had done well on all fronts during the last four-and-a-half years.

"KCR's hard work has paid off," said Kavitha, adding that it was both welfare programmes and Telangana pride which worked for the party in this election.

Nearly all the exit polls had predicted incumbent KCR-led TRS retaining another term with a clear majority.

Legislative Assembly elections were held for the first time in Telangana on December 7 after its formation as the 2014 Assembly polls were held in undivided Andhra Pradesh.

The TRS went alone in the polls and so did the BJP.