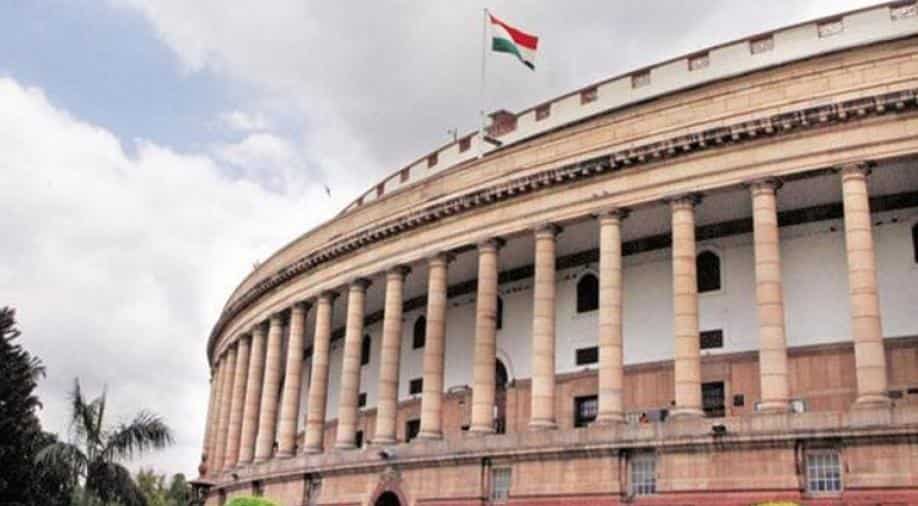 The Muslim Women (Protection of Rights on Marriage) Bill 2017, seeking to criminalise triple talaq, will be tabled in the Rajya Sabha today.

The Congress, Left, and the AIADMK and DMK have supported the bill but have called for the modifications of certain provisions, claiming the bill could upset the sentiments of Muslim women.

The Left parties, which have had consultations with the Congress in the past week, have asked that the bill "be referred to a select committee".

BJP issues a three line whip for all its Lok Sabha and Rajya Sabha MPs asking them to remain present in the Parliament on Jan 2nd and 3rd for passage of several crucial bills during the period pic.twitter.com/nXbKeUtcb5

The contentious bill had garnered a mixed response from all parties when it was introduced in the lower house but it was passed after the house rejected a string of amendments moved by various opposition members.

The opposition parties have expressed reservations over the inclusion of a jail term -- extending to three years -- for people who continue to use triple talaq.

They have said the jail term may be excessive and some Muslim organisations like All India Muslim Personal Law Board (AIMPLB) have said the Supreme Court ruling striking down triple talaq as unconstitutional is against Sharia law.

The BJP however is hopeful the bill will find passage.

"I have complete conviction that Congress will support the Bill the same way it did in Lok Sabha, or else the minority women will not spare them," Union Minister Giriraj Singh told ANI on Monday.

"I believe all our office-bearers will talk to all parties, and all parties will understand the problem faced by our aggrieved sisters. This bill, I believe, will be passed in the Rajya Sabha,"

All eyes are on the Congress for the party's stance may decide the fate of the bill in the upper house. The Congress has also asked for the bill to be referred to a standing committee so that its clauses could be put under the microscope.