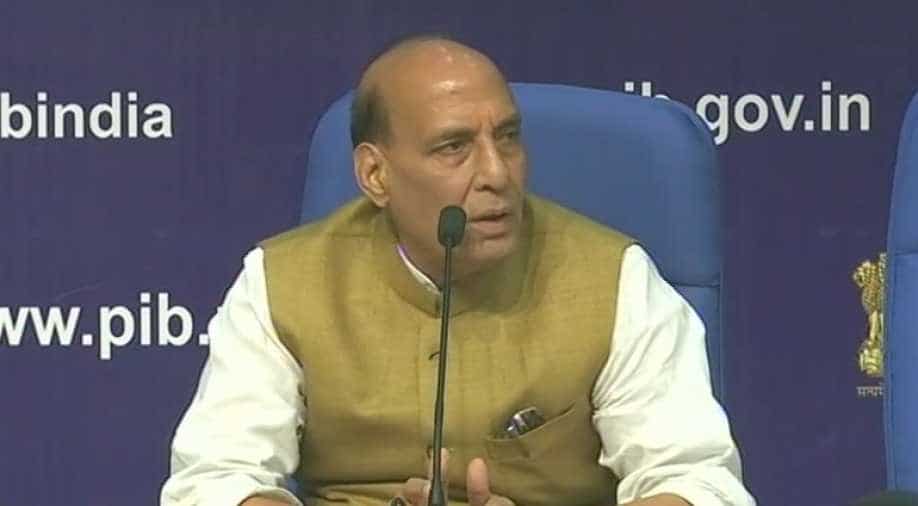 Home Minister Rajnath Singh on Friday accused Trinamool Congress MPs of creating an "unruly situation" at the Silchar airport and said they were detained in view of intelligence inputs received by the Assam government on the law and order situation.

Six leaders of the Trinamool Congress were on Thursday detained at the Silchar airport while attempting to visit Assam post the publication of the National Register of Citizens (NRC).

The six leaders left Assam this morning after overnight detention at the airport.

The Trinamool Congress has said the detention and "manhandling" of their party colleagues at the Silchar airport shows there is an "undeclared emergency" in the country.

In the Lok Sabha, Singh said since there were prohibitory orders in Assam, state officials had "requested" TMC MPs to return from the airport itself.

''On August 2, TMC delegation was received at Silchar airport with full protocol. They were asked to go back but delegation engaged in an argument during which two women security personnel were injured, few passenger were also inconvenienced,'' Home Miniser Rajnath Singh said in Lok Sabha.

"The Government of Assam had some information and based on intelligence inputs... In view of the prevailing law and order situation and so the situation does not deteriorate, TMC MPs were detained at the Silchar airport," Singh added.

In his speech, Banerjee asked the Government if it was "afraid and nervous" because of the united force of the opposition in the run up to the 2019 general elections and hence had detained the MPs.

"Parliamentarians have been deprived of the right to assess the situation arising in the country. There was no injuction or interim order passed by the Supreme Court that political meetings cannot be held in Assam," Banerjee said.

The second list of the NRC, published earlier this week, has left out the names of over 40 lakh people, of which 85-90 per cent are Bengalis, Banerjee said.