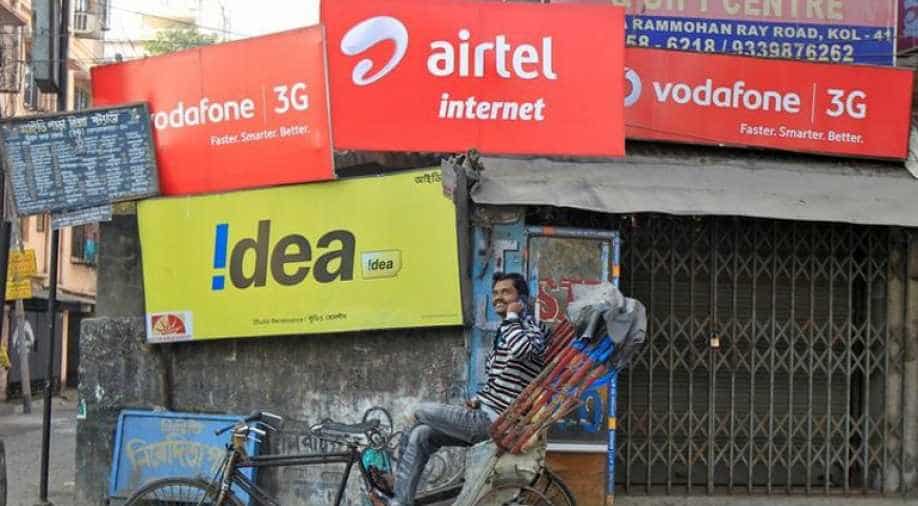 The top players with the highest number of subscribers tend to gain from the fees. Photograph:( Reuters )

India's telecom regulator more than halved a fee mobile carriers pay for calls made from one network to another, dragging down shares of bigger operators ||Reliance Jio Infocomm will be the key beneficiary of the move, since, being a new player it has more calls from its network

In a setback to big mobile phone operators, the Telecom Regulatory Authority of India (TRAI) on Tuesday more than halved the fee mobile carriers pay for calls made from one network to another.

Incoming calls have been made free by mobile phone operators in India, but the carrier from whose network a call originates pays a fee to the network that receives the call. The top players with the highest number of subscribers tend to gain from the fees.

The move by the telecom regulator will cut into shares of bigger operators such as market leader Bharti Airtel and Idea Cellular. Morgan Stanley estimated the fee cut could lead to an about 40 per cent dip in Bharti Airtel's annual profit, Reuters reported.

Being a new entrant, Reliance Jio  Infocomm has relatively more calls made from its network and will be the main beneficiary from the move, Morgan Stanley said.

It had questioned the interconnect charges, saying that rival operators had already recovered their investments.

Bharti Airtel and Vodafone Group Plc's India unit, the market's second-biggest carrier, said they were disappointed by the fee cut.

Vodafone said it was considering its options, warning it could hurt investments on covering rural areas.

Third-ranked Idea Cellular fell up to 7 per cent.

Jio and Idea did not respond to requests for comment.

The Cellular Operators Association of India, which counts Bharti, Vodafone and Idea among its members, said carriers would take a severe hit from the reduction to interconnect fees.

"It's going to exacerbate the financial condition of the industry," said the association's director general, Rajan Mathews, referring to falling profits and high debt resulting from costly airwave auctions and a brutal price war.

The mobile phone operations sector is already seeing a consolidation. Vodafone India and Idea having agreed to a merger. Reliance Communications and Aircel are combining their mobile operations.