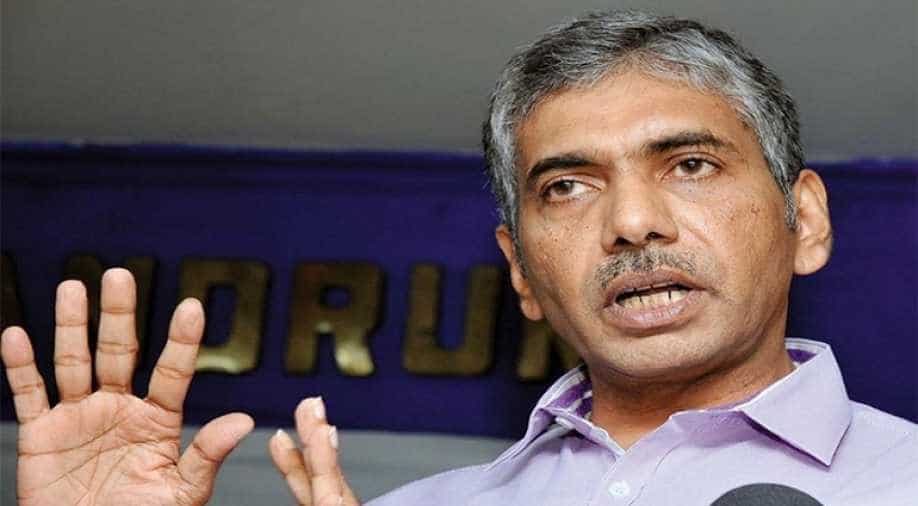 Recently during a seminar on International Anti- Corruption Day, Thomas had lashed out at the state government alleging that there was total breakdown of law and order situation in the state. Photograph:( India.com )

Thomas allegedly made the remarks during a function at Thiruvananthapuram on December 9.

A week-long investigation into the suspended DGP's remarks on Cyclone Ockhi by the state government concluded that they were “prejudicial to the security of the State”.

The suspension order was issued following the direction of the Chief Minister Pinarayi Vijayan under the relevant sections of All India Service Rules as some of his recent remarks had shown the state government in poor light.

In its order ((G.O (RT) no: 8044/17/GAD, dated 19/12/2017), the government said that it found that Thomas's statements at a public meeting at the Press Club on December 9 were "certainly inflammatory in nature". They were "prima facie aimed to exacerbate such feelings, which could have had serious repercussions on the law and order and peace along the coast”.

Thomas “had made some blatant and provocative comments against various activities, policy decisions, and functioning of the State Government in power".

He also accused the government of not "properly handling" the cyclone Ockhi situation.

Stating that all "corrupt forces" were united in the state and were in positions of power, the official said that there was a conscious attempt to silence those who stood against corruption.

However, reacting on his suspension order, Thomas said he had only talked about corruption on the Anti-Corruption Day and that he cannot be silenced with this action.

"There has been a general trend worldwide to silence people when they talk about corruption. But, I am not prepared to remain silent," he told reporters here.

"I am still swimming with big sharks. In this context, it is normal to face such action. But I will continue to swim," he added.

Thomas was already facing disciplinary action for penning his bare-all autobiography "Sravukalkkoppam Neenthumpol" (Swimming Along With Sharks), which he wrote without seeking any permission from the prior government.