Tillerson to deliver warning in Myanmar over Rohingya crisis 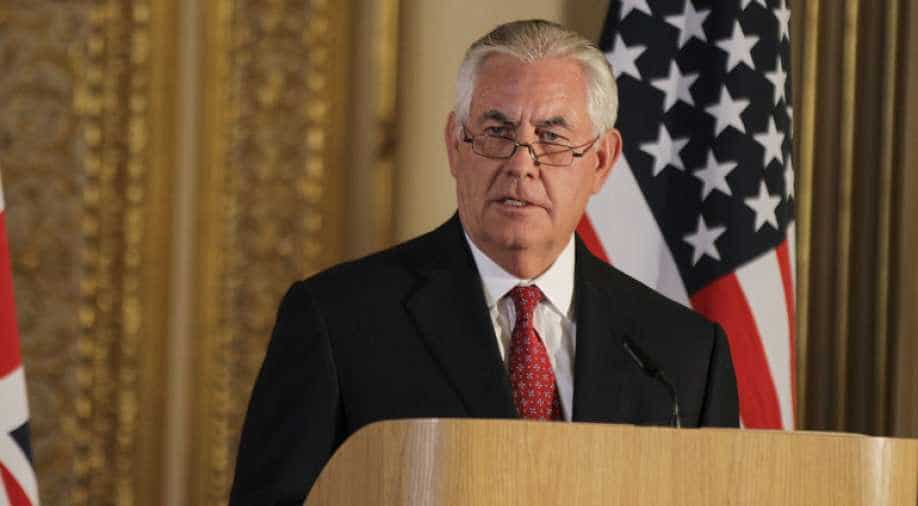 In the face of widespread "atrocities" against ethnic Rohingya people in Myanmar, the United States has been cautiously stepping up pressure on that country's army. (Image source: Flickr) Photograph:( Others )

In the face of widespread "atrocities" against ethnic Rohingya people in Myanmar, the United States has been cautiously stepping up pressure on that country's army, while taking care to avoid endangering the civilian government of Aung San Suu Kyi.

As the US takes a more active role in the region-several American delegations have passed through in recent weeks-Secretary of State Rex Tillerson plans to travel to Myanmar on Wednesday to meet Suu Kyi, the nation's leader, as well as army chief General Min Aung Hlaing.

Myanmar is the country formerly known as Burma.

Tillerson is expected to adopt a firm tone with military leaders there, whom he has deemed "responsible" for the crisis facing the Rohingya, an embattled Muslim minority that has seen more than 600,000 of its members flee to neighboring Bangladesh in two and a half months.

In the name of putting down a supposed Rohingya rebellion, the army has since late August waged a sweeping military campaign in the western state of Rakhine, burning villages and sending thousands into what has become the largest exodus in today's world.

The United Nations has denounced the campaign, including allegations of killings and mass rape, as "ethnic cleansing."

Recently returned from Myanmar and the overflowing refugee camps in Bangladesh, Simon Henshaw, the State Department official responsible for refugee and migration issues, said the scene in the camps was "shocking."

"The scale of the refugee crisis is immense," he said, adding: "The conditions are tough. People are suffering."

"Many refugees told us, through tears, accounts of seeing their villages burned, their relatives killed in front of them," Henshaw said.

"The world can't just stand by and be witness to the atrocities that are being reported in that area," Tillerson said last month.

But it is unclear what steps the United States might take. Up to now, the State Department has merely strengthened a few punitive measures aimed at Myanmar's army.

The initial condemnations were "important," Sarah Margon of the organisation Human Rights Watch told AFP, "but they stopped and there has been very little concrete action since then."

She called for targeted economic sanctions meant to bring an end to "some of the most brutal and horrific atrocities that have been seen in years."

In the absence of more determined action from the White House or State Department, several members of the US Congress are calling for sanctions to limit military cooperation with Myanmar and ban its army members from US soil. A draft bill would also ban the importation of rubies or jade from the country.

"The bill is an important, although belated, first step in pushing the Myanmar military to end the violence in Rakhine state," said Joshua Kurlantzick of the New York-based Council on Foreign Relations.

Now, he said, other parts of the government "should take action as well."

The State Department has not ruled out supporting further sanctions.

But the United States has been careful not to place blame on Aung San Suu Kyi, drawing a line between the military and the civilian government led by the Nobel Peace Prize laureate.