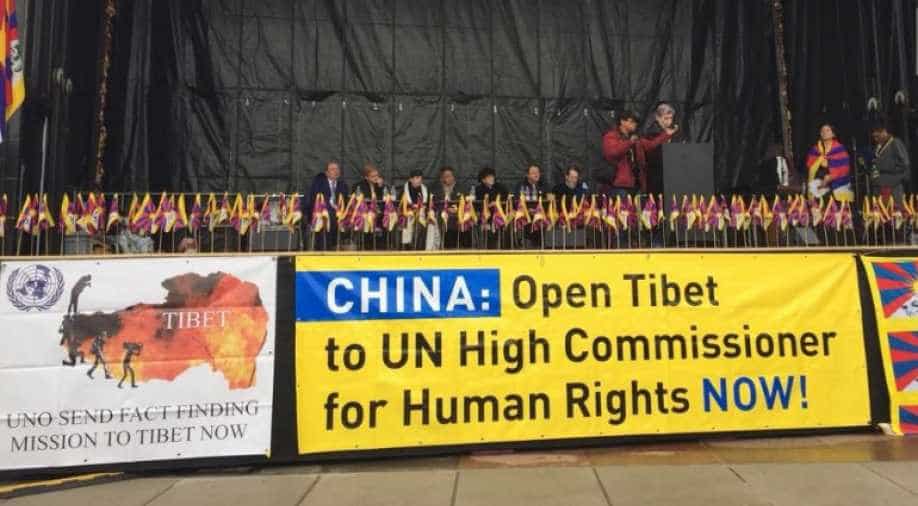 The president in exile also remembered Dr Yeshi Dhondon, a renowned Tibetan doctor who used to be a personal physician to the Dalai Lama.

Religion and culture department of the Tibetan government-in-exile organised a prayer service over the recent self-immolation cases in the region.

Hundreds of monks, nuns, and Tibetans from all walks of life gathered at the Buddhist temple of Tsuglagkhang in the mountainous town Dharamshala and observed a prayer service on Monday evening to mourn the demise of Yonten who set himself on fire in protest against Chinese rule of Tibet and its hardline policies against the Tibetans on 26 November.

"A young Tibetan, named Yonten, set himself on fire. He was the 154th person to self immolate with a wish that his holiness the Dalai Lama should return to Tibet and freedom be restored to the land. Today, we have gathered here to continue advocacy for the basic freedom and human rights of the people in Tibet, "said Lobsang Sangay, president of the Tibetan government-in-exile.

Sangay added that self-immolation clearly demonstrates that the situation in Tibet is very serious and the Tibetans are still giving-up their precious life for the cause of their land.

"Yes, the Tibetan Administration, we discourage self-immolations because the life is precious but as a Buddhist, it becomes our responsibility to pray whenever a Tibetan passes away," he said.

The president in exile also remembered Dr Yeshi Dhondon, a renowned Tibetan doctor who used to be a personal physician to the Dalai Lama.

Dhondon breathed his last due to respiratory failure at his residence in Mcleodganj on Tuesday.

Expressing sadness over his demise, Sangay said, "Dr Yeshi Dhonden worked hard to establish the men-tsee-khang (Tibetan medical institute and astrology) in 1961. He has made the Tibetan medicine renown all over the world. He was so well known that patients from all over the world came to Dharamshala to get cured."

The 92-year-old was awarded the Padma Shri -- the fourth highest civilian award in India -- in 2018.

Dhondon was a foremost expert and proponent of Sowa Rigpa, which is a traditional Tibetan medicine system created as a combination of the ancient healing systems of India and China.