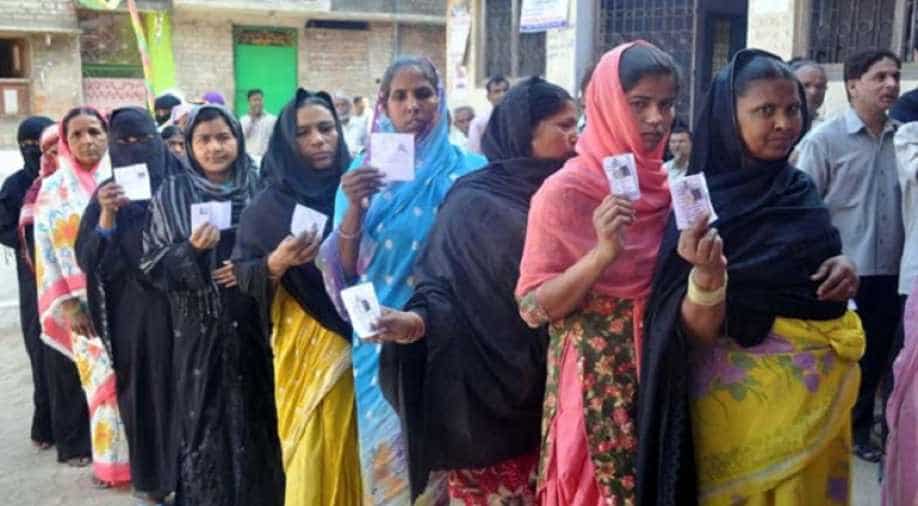 There were only two Muslim MLAs in the last house. In photo: People queue up to vote in Gujarat. Photograph:( India.com )

Three Muslim candidates, all fielded by the Congress, emerged victorious in the Gujarat Assembly elections this time, against two in the previous House.

The ruling BJP did not put up any Muslim candidate in the state where the minority community accounts for 9.67 per cent of the population.

The Congress this time put up six Muslim candidates, three of them in urban seats.

The party nominees romped home in Jamalpur-Khadia, Dariapur in Ahmedabad and Wankaner in Rajkot. Whereas the party candidates in Surat-West, Vagra in Bharuch and Bhuj rpt Bhuj lost to their BJP rivals.

Javid Peerzada (Wankaner), Gyasuddin Sheikh (Dariapur) and Imran Khedawala (Jamalpur-Khadia) are the candidates who made it to the Assembly on Congress' ticket.

The Congress nominee wrested the Jamalpur-Khadia seat from the BJP.

The Aam Aadmi Party, which entered the Gujarat polls for the first time, fielded Muslim candidate Usman Gani Sherasiya from Wankaner seat. He finished way behind other nominees by securing just 2,808 votes.

The Janata Dal (United), which contested independently this time, unlike in 2012 when it was in alliance with the Congress, put up a Muslim candidate in Dariapur, but he got only 82 votes, as per figures of the Election Commission.

The Muslim candidates fielded by the BSP and the NCP in Jamalpur-Khadia also failed to make a mark.

In the 2012 Assembly elections also, the Congress had offered tickets to six Muslims, out of whom two had won.