Smriti Irani has worked harder for Amethi than person who won from here: PM Modi 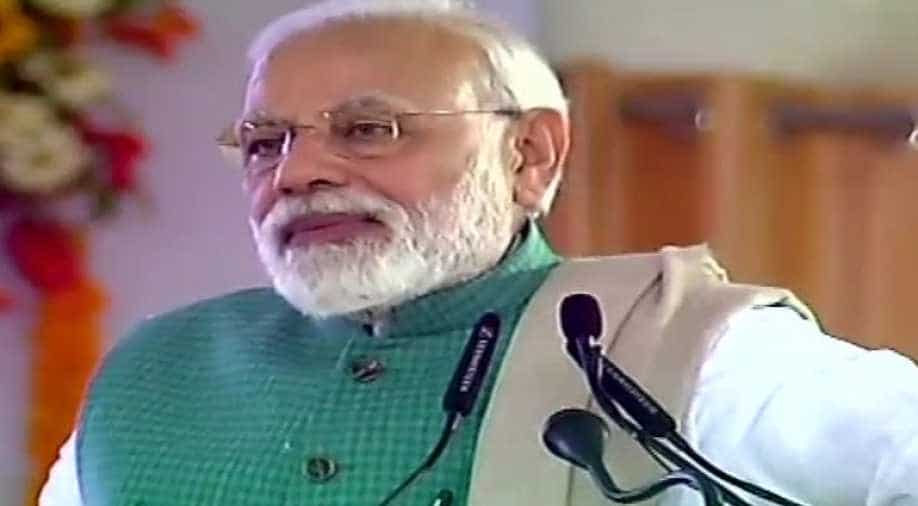 Modi was in Amethi on Sunday to inaugurate the the project to manufacture the AK-203 Kalashnikov rifles there. Congress president Rahul Gandhi is the MP from Amethi.

Prime Minister Narendra Modi unveiled Sunday the project to manufacture the AK-203 Kalashnikov rifle in UP's Amethi. The AK-203, a successor to the iconic AK-47, will be manufactured along with a Russian firm.

"One of the most advanced rifles in world AK-203 will be made in Amethi. It will be made by a joint venture of India and Russia. I express my gratitude to my friend President Vladimir Putin, this venture was made possible in such a short time by his support," Modi said Sunday.

"The factory will provide new opportunities for the youth in Amethi and will also open doors for new country's development and security, " he added.

He also said that though they lost the election in Amethi, their party won the hearts of the people.

"In last 5 years, Smriti ji has worked so hard for the development of this region. She never made you feel whether you made her win or lose, she worked more than the person who won here."

Congress president Rahul Gandhi is the MP from Amethi.

Prime Minister Narendra Modi in Amethi: We might have lost election here but we won your hearts. In last 5 years, Smriti ji has worked so hard for development of this region. She never made you feel whether you made her win or lose, she worked more than the person who won here. pic.twitter.com/IPoaMQWN2Y

Attacking the Congress he said, "The army in 2005 had told the government about their requirement for modern weapons, the MP from Amethi had also inaugurated it in 2007 and the work was expected to start from 2010. Three years since the inauguration, the government could not decide on what type of arms and ammunition to be made".

He further targetted the Congress and said, "Some people have the tendency to forget the public after getting their votes. They want to keep the poor in poverty so they can say 'gareebi hatao' generation after generation. We are giving strength to the poor to bring them out of poverty".