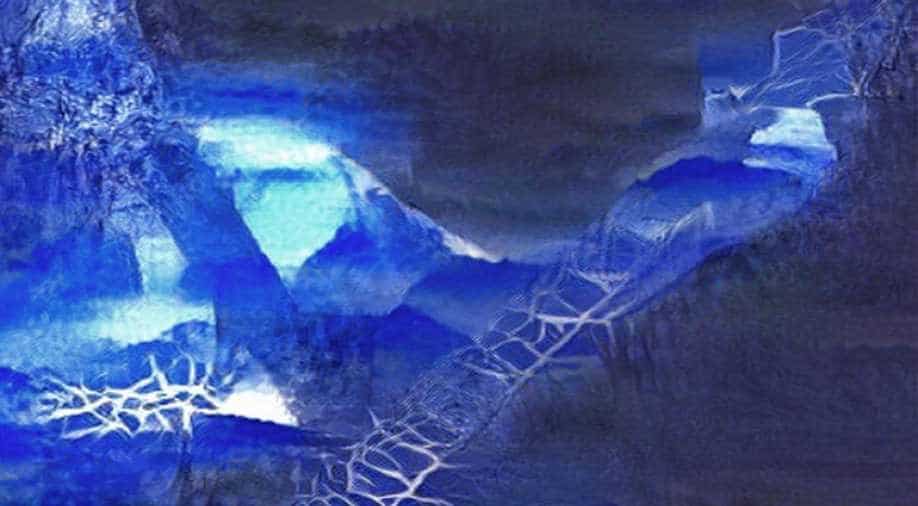 The cover of AI-created album, Coditany of Timeness Photograph:( Others )

As artificial intelligence evolves, computers are now capable of creating music which can replicate a human band.

The newest example of this is Coditany of Timeness, a black metal album fully made using AI which has made rounds on the internet.

Coditany of Timeness was created using a New York-based black metal album 'Diotime' by the band Krallice, released in 2011.

The music was first broken into small 3,200 eight-second segments of raw audio data which was then put into a type of network of AI created on a biological brain. It was then asked to guess the waveform of the next sample from the first segment.

If the sample sounded decent, the network would work towards strengthening the paths of the model i.e the biological brain to generate familiar sounds - like that of Diotime. It just like a human brain, the more you strengthen your skills the better is the outcome.

Initially the network generated more textured sounds, however, as it was strengthened and made more guesses - almost five million in three days - it started to sound more like the music album.

Coditany of Timeness is part of a side project by CJ Carr, a startup CTO, and Zack Zukowski, a music producer who met at University of Berklee. They were interested in exploring a system that could generate actual waveforms that could range from sounds of a guitar to percussion and even wailing vocals - even if it’s imperfect but sounds like electronic music.

This project is one of the first that is developed in AI research in context to music. Academics in Birmingham City University in the UK are creating more such advanced neutral networks that could predict what the next sample of music would sound like by just putting in a segment - somewhat like Pink Floyd covering a Jay-Z tune.

If you thought that machine learning could only be useful for mechanical or engineering tasks, think again! AI could open doors to new ventures for creativity in art.