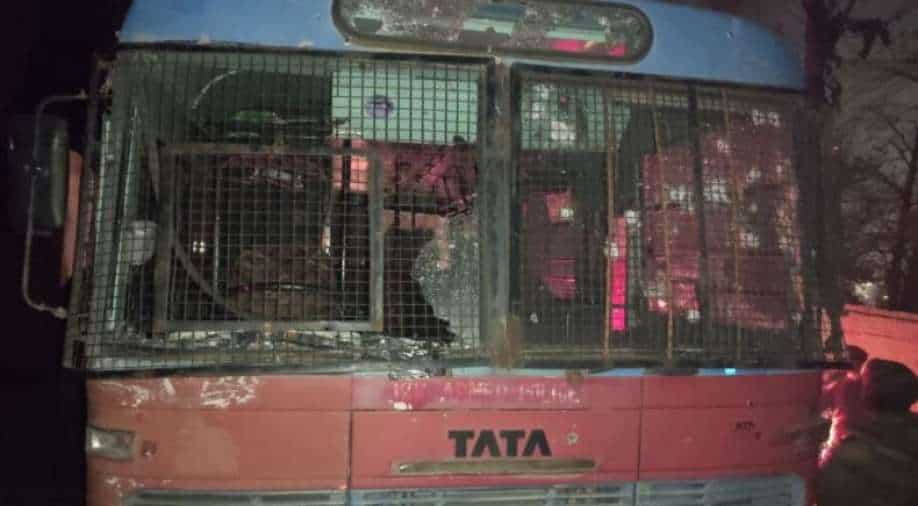 Police sources say the firing lasted for around five minutes and terrorists knew about the movement of the bus.

Two Jammu and Kashmir Policemen have been killed while 12 others were injured in a terror attack in Zewan area on the outskirts of Srinagar. The policemen were in a bus when terrorists fired on them indiscriminately injuring 14 soldiers.

PM @narendramodi has sought details on the terror attack in Jammu and Kashmir. He has also expressed condolences to the families of those security personnel who have been martyred in the attack.

Prime Minister Narendra Modi has sought details of the terror attack in Jammu and Kashmir, the PMO said. India's prime minister expressed condolences to the families of security personnel who were killed in the attack.

The Jammu and Kashmir police have cordoned off the whole area where the attack took place. The incident happened close to the police camp at Zewan which is adjacent to the national highway.

Police sources say the firing lasted for around five minutes and terrorists knew about the movement of the bus. Since it was dark the terrorists managed to flee from the spot.

Earlier today there was an encounter between security forces and terrorists in Srinagar's Rangret area. Two Lashker terrorists were killed in the encounter.

Arms and ammunition including 2 AK rifles and other incriminating materials were recovered from the site of the encounter.