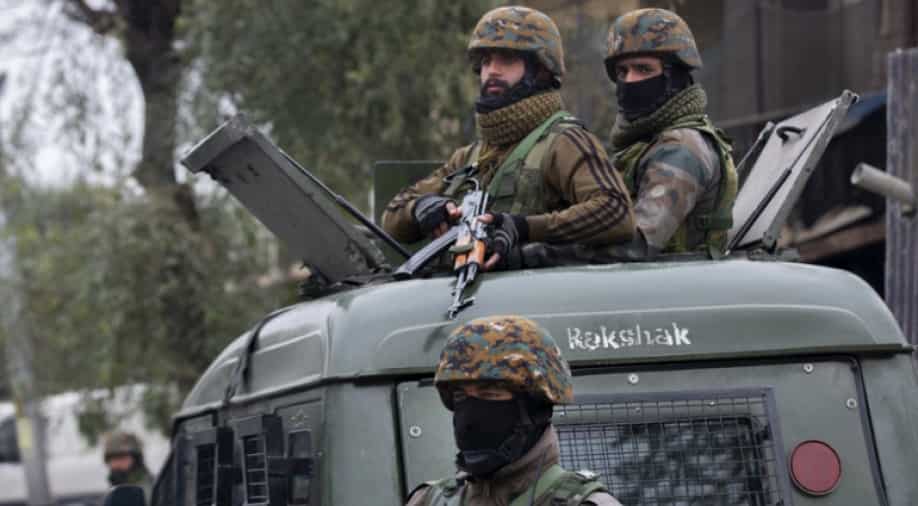 Indian army soldiers stand guard near the site of a gun battle on the outskirts of Srinagar Photograph:( AFP )

Security forces have dual challenges at hand as the infiltration routes have cleared of the snow, especially in the Neelam Valley of PoK

With the change of guard in Pakistan, sources in Intelligence say that five to six terrorist launch pads have become active in PoK near the Line of Control. As the snow melts on these higher reaches, the terrorists are waiting for an opportunity to Infiltrate into Kashmir Valley.

Security forces have dual challenges at hand as the infiltration routes have cleared of the snow, especially in the Neelam Valley of PoK. Sources say that there are three launch pads in the Neelam area and in each launch pad there are 100-150 terrorists.

The whole Line of Control has been put on high alert and forces have increased the vigil along the border. The vigil has been increased in the hills as well as the forest area of the border.  The Indian army says that every year the vigil is increased during this period.

"The challenges increase after the snow melts. Because with the melting of the snow, the infiltration attempts increase, but we will respond to their nefarious designs accordingly. We increase our readiness. We increase the fence patrolling as well as the night patrolling. Whoever tries to infiltrate, we make sure to foil those bids." said Havildar Amit Kumar, an Army jawan posted along the Line of Control in Keran Sector

Security forces say that Lashkar and Jaish terror outfits have been asked to intensify and carry out attacks. One of the reasons being increase in the anti-terrorist operations of the security forces in the Kashmir valley. Security forces say that these operations have weakened their roots and that's why Pakistan will push more terrorists into the Valley. However, the Indian Army has completely sealed the borders leaving no scope for Infiltration.

The counter-infiltration grid is prepared by the Indian Army. Apart from physical surveillance, latest equipment is also used to keep track of the LoC. These include thermal imagers, P2G cameras, night vision devices, etc.

''We are using the latest technology and equipment to keep a vigil on the LoC. The vigil is kept day and night. Patrolling keeps happening all through the border and we make sure no intruder succeeds in crossing the LoC. We want to tell everyone in the country to not worry about the borders, as long as we are guarding these borders, people can sleep peacefully. '' said Havildar Umesh, Indian Army.

According to the latest data, Kashmir valley witnessed the lowest number of active terrorists in the last 30 years. The number was recorded below 200. In 2021, Security forces killed 184 terrorists. And since January this year, the forces have killed 59 terrorists in 40 encounters. Around 30 terrorists have been arrested while 169 OGW's have been apprehended as well.