Tensions between India, Pakistan to reduce, says US President Trump 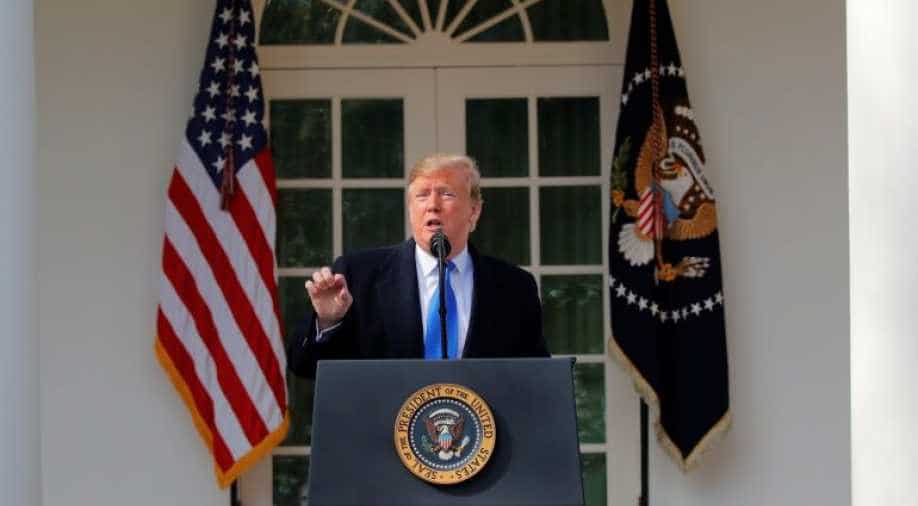 Trump confirmed Washington was in touch with India and Pakistan

Trump confirmed Washington was in touch with both sides.

"We have been in middle, trying to help them both out. See if we can get some organisation and some peace. And I think probably that is going to be happening," he said.

Indian External Affairs Minister Sushma Swaraj and Pakistani Foreign Minister SM Qureshi had spoken to US Secretary of state Mike Pompeo in the aftermath of Indian strikes on Jaish-e-Mohammed (JeM) terror camps in Pakistan on Tuesday.

The US has been calling on Pakistan to act on terror groups on its soil. US State Department today reiterated its call for "Pakistan to abide by its United Nations Security Council commitments to deny terrorists safe haven & block their access to funds"

US along with France and UK have proposed listing of JeM chief Masood Azhar under UN terror list.

Tensions between India and Pakistan remained high in the aftermath of Pulwama terror attack, the worst on Indian security personnel in the last two decades.