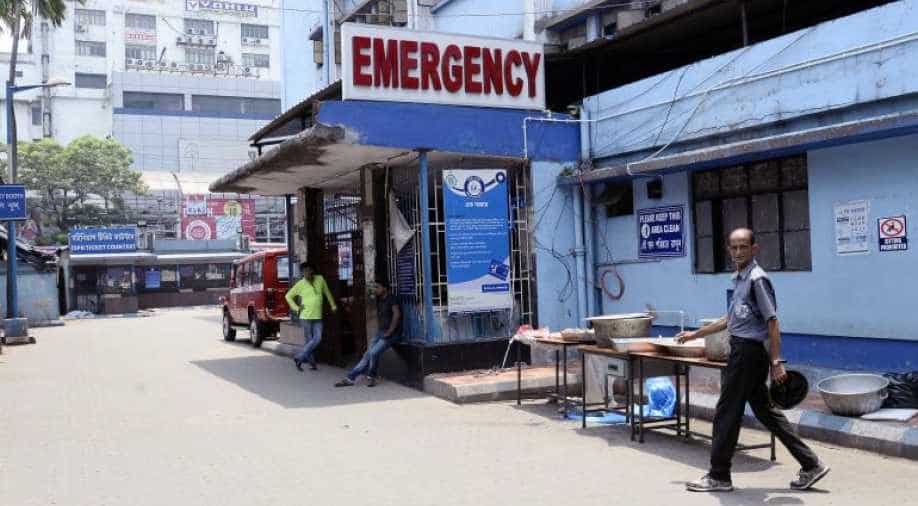 Doctors from various medical institutions in Telangana joined the nationwide protest demanding justice and protection to them in the wake of the recent assault on doctors in Kolkata.

Doctors of NIMS Hyderabad also gathered on the road in sympathy with the striking doctors of Kolkata.

Speaking to ANI, a doctor said, "We demand justice for what has happened with the junior doctors in West Bengal. If doctors are not safe then how come patients will be safe. All we need is safety for the saviours."

Talking about West Bengal Chief Minister Mamata Banerjee's ultimatum to the doctors to stop the protest, the doctor added, "This is not a political issue. It is not about politics but about the safety of the doctors. Sitting on such a position she is not supposed to give such statements."

The doctors have demanded the implementation of the Central Protection Act for them all across the country.

Protests were carried out by Osmania Medical College students and staff also. Also, doctors from Gandhi Hospital staged a protest condemning the attack on the junior doctors in West Bengal.

Dr Mariam said, "It's very difficult for us to discharge our duty all day. There is no security for us. Each patient is accompanied by at least 5 to 10 people, sometimes they are drunk and even misbehave with us. The public must understand that the patient gets referred here (government hospital) only when no other private hospital is ready to accept the patient, that means the patient is in a very critical stage.

"They think that even an 85-year-old person is not supposed to die. Once the patient dies, all the relatives enter and beat us up and leave and then the police enter the play. I would request the people to understand the fact that we being doctors are trying our best to save their lives."

Dr Nidha Fatima said, "I request families and attendants of patients to understand that human beings are destined to die, no matter what your age is. So learn to accept the death with dignity. Respect the person who lost his life. But attacking or hitting the person who tried to save the life of your loved ones just because they could not save your loved ones is completely defeating the purpose. So people please educate yourself."

The public has also come out in support of the doctors. "It is really sad that the doctors are getting beaten even after offering their service to the public. Sometimes mistakes happen and that does not mean that they should be beaten. If the patient or his relatives feel that something has gone wrong, then they should approach the police and go ahead as per the law. Hitting the doctors does not make any good to the society," a local