'Will go to High Court and apply for bail,' says Tejashwi Yadav on Lalu's verdict 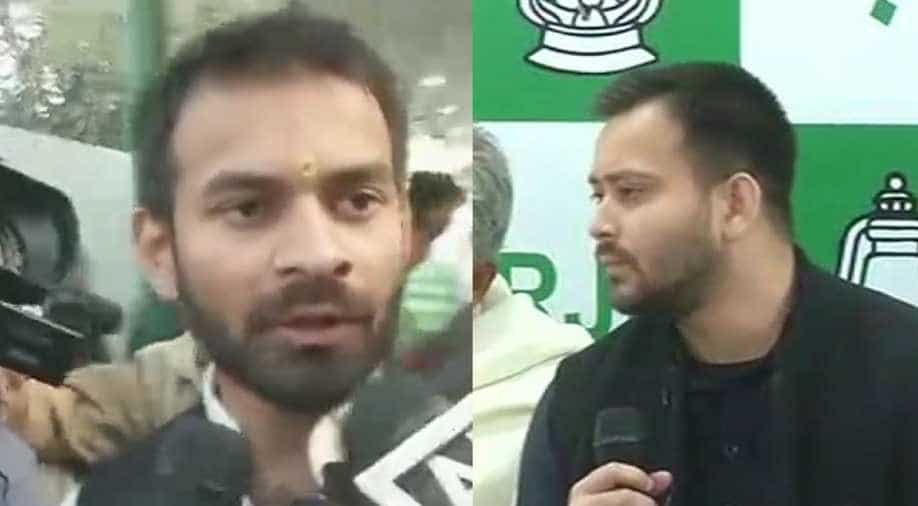 Rashtriya Janata Dal (RJD) chief Lalu Prasad Yadav and 15 others were on Saturday sentenced to three-and-a-half years in jail in a fodder scam case by a court in Ranchi.

Speaking on the verdict, Lalu's son and former Deputy chief minister of Bihar Tejashwi Yadav said they will appeal against the sentence in the High court and will also apply for a bail.

The judiciary performed its duty. We will go to the High Court after studying the sentence and apply for a bail: Tejashwi Yadav, RJD on #FodderScam pic.twitter.com/17zxjyTQ2d

On the other hand, the elder son Tej Pratap Yadav said, "We are confident that he (Lalu Yadav) will get the bail. We have full faith in the judiciary".

As per the judgement, none of the convicts will be granted bail from the Ranchi Court. They will have to move to the High Court.

We are confident that he (Lalu Yadav) will get bail. We have full faith on judiciary. We are not going to be cowed down: Tej Pratap Yadav #FodderScam pic.twitter.com/WHG1VFsKam

Lalu, earlier, appealed to the court for minimum punishment and pleaded to announce the sentence keeping in view his age and health.

The quantum of sentence was announced in the fodder scam case of more than Rs 89 lakh from the Deoghar Treasury between 1991 and 1994.