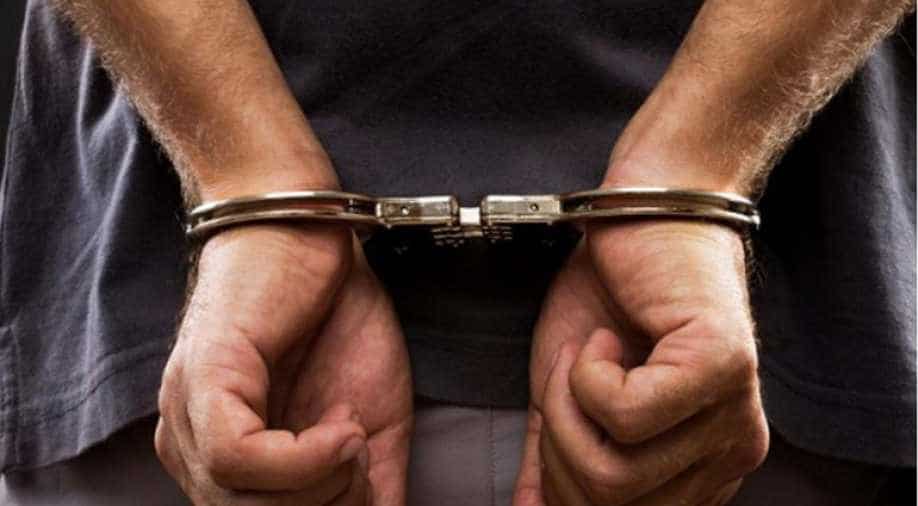 The Thirumangalam police in Chennai on Thursday arrested a student for allegedly stalking a girl and creating a ruckus at the college where the latter is a student.

The police arrested the third-year law student after the girl's family members lodged a complaint.

The accused, 23-year-old Mithun Srinivasan, has been to sent to jail following a court order. The arrested student is the son of Tamil actress Bhuvaneshwari.

Police said that the accused, Mithun and the girl know each other as they were students of a private school. After Class XII, the girl joined a private medical college to pursue MBBS while Mithun enrolled in a law college on the city's outskirts.

Reports say Mithun continued to harass the girl even after school days by posting messages on social media platforms.

"As she kept avoiding him, he went to her house in Tirumangalam two months ago and threatened to pour kerosene on her and even tried to set her house ablaze," a media reports said quoting inspector M Ravi.

Police said the accused also frequented her college and tried to strike up a conversation with her several times.

The accused made her life hell, a police officer said. Unable to bear the harassment, the girl informed her parents who approached the police.

Mithun has been booked under Sections 354-B (assault or use of criminal force to woman with intent to disrobe), 448 (punishment for house trespass), 427 (mischief causing damage to the amount of fifty rupees), 506 (i) (criminal intimidation) of the Indian Penal Code (IPC) and Section 4 of Tamil Nadu Prohibition of Harassment of Women Act (penalty for harassment of women).

Police sources said Mithun was 'married' to a Sri Lankan woman named Asmitha whose parents had approached the Madras high court seeking to annul the marriage and retrieve their daughter, the sources said.