Taliban has to integrate into new Afghanistan: Afghan chief of mission tells WION 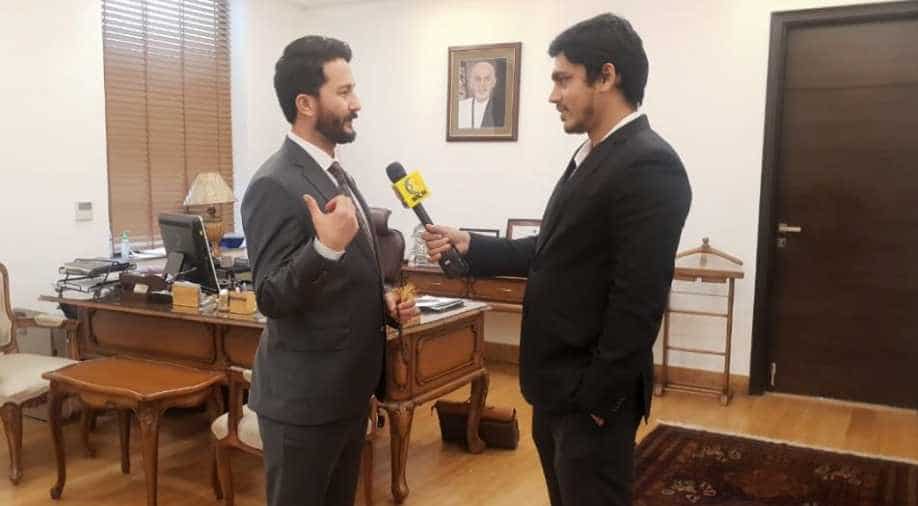 While the Afghan government is optimistic about US-Taliban talks that started over the weekend in Doha, it has said that the group has to integrate into the new Afghanistan.

Here is the transcript of the interview.

WION: How do you see the current talks between US-Taliban in Doha?

WION: Are you optimistic that Taliban will join the intra-Afghan talks?

Qadiry: Peace is the only solution. Taliban knows that we have very strong Afghan defence and security forces now which are fighting at different fronts. Our security forces are at the front line of fighting international terrorism as well. We are talking about the new Afghanistan, we have a powerful army, we have professional resilient security forces, a legitimate government and many democratic institutions. Taliban doesn't have any other way rather than integrating and accepting and respecting the Afghan constitution. If they want to join, a dignified life, the way is there, they can do it via a political campaign like in the election which is the legitimate way. We are hoping the Taliban would be speaking because our government, the road map is present, the structure is present so all our people want is to preserve the gains, the elections, the constitution, human rights, women's rights, freedom of expression and things like that. Today's Afghanistan is very different and the Taliban needs to integrate into the new society and accept that Afghanistan has moved forward.

WION: How do you see India's stand. New Delhi has stood by the Afghan government, your thoughts?

Qadiry: India is an all-weather friend of Afghanistan. India is our trusted ally - a good friend who has been standing with Aghan people and Afghan government and this is appreciated. The term "Afghan-owned, Afghan-run" came from our Indian partner; they stood with us for elections while many people were pessimistic. India was one of the few countries that supported us. What do you expect from a good friend? You expect them to stand by you and India stood by us. India, as a big country, can use many platforms to lobby for Afghanistan.

WION: In terms of connectivity, you have been a land bridge country, how are you making sure that your country becomes the hub in Asia?

Qadiry: Afghanistan is no longer a land-locked country but a land bridge. We are very much connected to the world via the Chabahar - thanks to India and Iran. The port has connected Afghanistan. And we have air corridor to India. Lapis Lazuli is a milestone. We are very much moving towards doing partnership rather than just being an aid receiving country. India being the prime location for Afghan products has been a very good example. We have two successful events happening in India, one was the "passage to prosperity" and Indian International Trade Fair in Delhi which was was a great success. Afghanistan has a lot of potential and India is a prime market. We are increasing flights via the air corridor. This is what Afghanistan deserves. Security in Afghanistan is good for the region and the whole region will be prosperous. Location-wise, Afghanistan is a passageway to central Asia,

WION: What about connectivity translating to trade? Especially with India?

Qadiry: We are hoping trade will reach 2 billion dollars which is very good and substantive. We are moving towards a target. So far, everything is going very very well. India is giving a good platform to traders our businessmen. India is a very good platform, it has been a good friend and a good ally and also a good trade partner.

WION: What has been the status of the Chabahar port?  Challenges ahead?

Qadiry: When you start a project, a dream project for Afghanistan, it means a lot and of course it has problems before it gets to the point. Regarding sanctions, to some extent, it is impacted. Afghanistan has been exporting things via Chabahar to India and soon the Indian government will send a consignment of wheat via Chabahar. Both Indian and Afghan governments, Afghan traders are working closely. This is a golden opportunity for Afghanistan and it changes us from the landlocked nation to a land bridge country. From our side, we are doing all that we can and we are talking with the Indian side who are extending all the assistance. There are some challenges but they won't stay there forever.