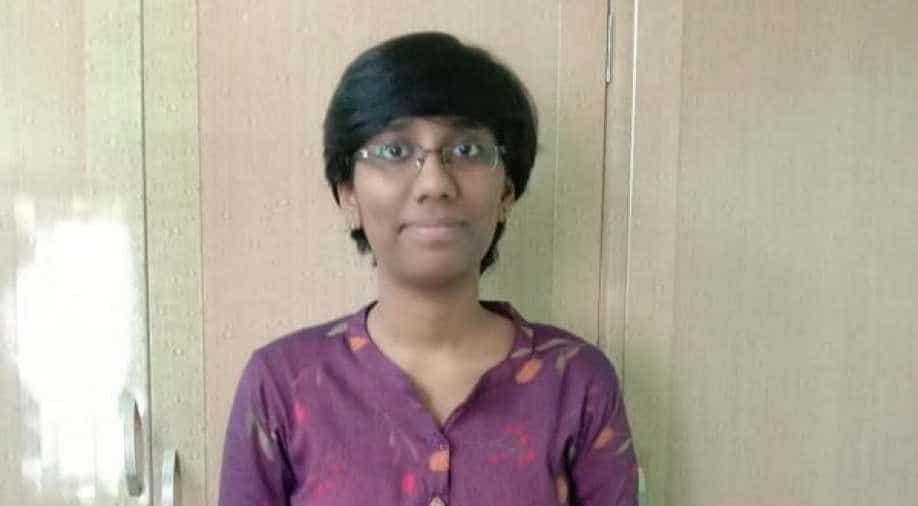 Kaniga who is currently preparing for her NEET (Medical entrance examination) says that it was a sudden phone call, during which the officials did a sound check and thereafter transferred it to the Prime Minister.

It’s a phone call that the modest family, from Tamil Nadu’s Namakkal district describes as a surprise of a lifetime. When their daughter Kaniga scored 490/500 in her class XII exams, it a was indeed a wonderful feeling for the family, but never did they expect a call from the Indian Prime Minister Narendra himself, whose conversation with the student was featured on his monthly radio address ‘Mann Ki Baat’.

Youngsters like Kaniga and her sister personify the spirit of New India, where success is not merely determined by the family one is born in, the school/ college one studied, the big city one lives in.

Kaniga who is currently preparing for her NEET (Medical entrance examination) says that it was a sudden phone call, during which the officials did a sound check and thereafter transferred it to the Prime Minister. “It happened all of a sudden and we didn’t know anything about it, nothing less than a complete surprise. The Prime Minister was very friendly and made me feel at ease. He spoke in an encouraging tone and this call has motivated me to work harder and secure admission into a reputed institution for my MBBS” she told WION.

Aspiring to be a Neurosurgeon, Kaniga is from a very humble family, with no background in professional streams, but is the second child in the family to choose the medical stream. Her elder sister Shivani is currently pursuing her MBBS at a college in Trichy. Their father is a heavy vehicles driver and usually drives trucks carrying hazardous petrochemical products and their mother is a homemaker.

Kaniga aspires to secure a top rank in NEET and complete her MBBS from Chennai’s Madras Medical College or the Armed Forces Medical College following which she would specialize in Neurosurgery.

Speaking of her parents, Kaniga is all praise for their love, affection and care. “Our father always wished that both of us must become doctors and encouraged we, our mother would always sit with us while studying and never scolded us. She was constantly helping us in ensuring that we put in maximum efforts and did our best” Kaniga says.

For the high score, she thanks her faculty who guided her correctly and also conducted daily and weekly tests. Having prepared for NEET and CBSE board exams seems to have made the task easier for Kaniga. “I worked hard the entire year and revised towards the end. Initially there were some challenges and tough lessons, but towards the end I was quite well versed. My friends and faculty were of great help in this journey”, she adds.

Her father Nataraj is overwhelmed by the congratulatory calls and messages from people around. He hopes that his daughter will be able to do very well in the NEET exam and secure a seat under the government quota, which would be financially manageable for the family. He adds that the last few months have been quite tough for him with work being scant, but his daughters’ achievements are what make him feel proud.

Following the mention on Mann Ki Baat, the BJP Youth wing members met the family, felicitated the student and assured their family of their support.