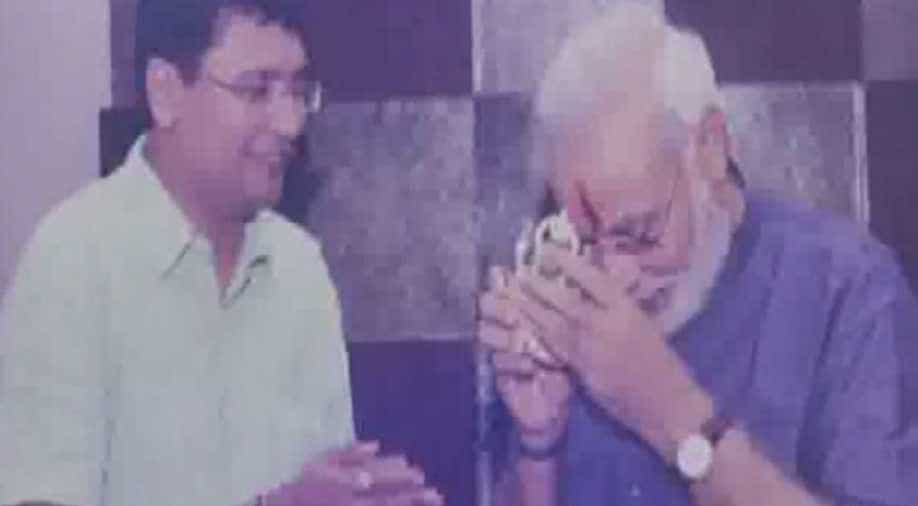 For his research, Choksi said he formulated a survey and interviewed 450 people including government officials, farmers, students and political leaders posing a set of questions to them regarding the leadership quality of Prime Minister Modi.

A Surat-based student has successfully completed his PhD thesis on Narendra Modi as the Chief Minister of Gujarat and Prime Minister of India.

The name of the doctorate student is Mehul Choksi! It is interesting to note that the student bears the same name as Mehul Choksi, the fugitive businessman wanted in India in loan default cases.

Meanwhile, the Surat student who has a masters in political science took up higher studies at the Veer Narmad South Gujarat University here and submitted his research thesis on the topic "Leadership under Government - Case Study of Narendra Modi."

For his research, Choksi said he formulated a survey and interviewed 450 people including government officials, farmers, students and political leaders posing a set of questions to them regarding the leadership quality of Prime Minister Modi.

While speaking to ANI, Choksi said: "The questionnaire had a total of 32 questions. After tabulating the answers given by 450 people it was found that 25 per cent believed that Modi`s speeches are most appealing while 48 per cent were of the view that Modi`s political marketing is the best."

Choksi, who is also a lawyer, completed his PhD under the guidance of Nilesh Joshi of Arts Department, Veer Narmad South Gujarat University.

Choksi started his PhD when Narendra Modi was the chief minister of Gujarat in 2010. In the initial phase, questions related to Modi's successful leadership were asked and he said he received positive feedback from 51 per cent and negative response from 34.25 per cent. 46.75 per cent of people said to gain popularity, a leader should take decisions that benefit the public.

"81 per cent people think that positive leadership is important to be the prime minister of the country, 31 per cent believe authenticity is necessary and 34 per cent believes that transparency is a must," Choksi said.

Dr Nilesh Joshi said "We found the topic of the case study very interesting. We faced some challenges as it is difficult to write about the person who holds a higher position and that too without any biases," he said.

Reaching out to people and seeking their response was also one of the challenging parts of the study, the professor said.