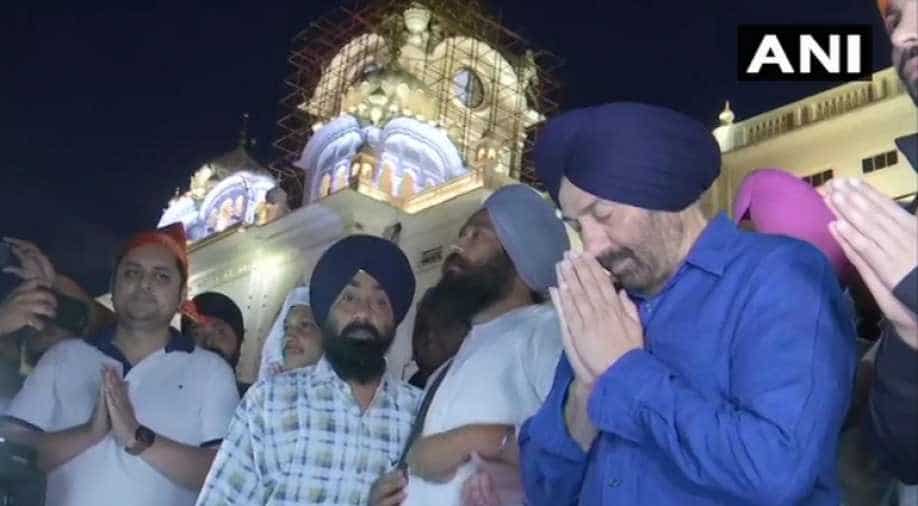 Later, Sunny Deol left for Gurdaspur where he will be filling his nomination papers.

Actor and BJP candidate Sunny Deol Monday paid obeisance at the Golden Temple in Amritsar ahead of filing his nomination papers from the Gurdaspur Lok Sabha seat.

Sporting a navy blue turban and wearing a blue shirt, the 62-year-old offered prayers at the sanctum sanctorum of the Golden Temple.

He also offered prayers at the Durgiana Temple.

Later, he left for Gurdaspur where he will be filling his nomination papers.

After filling his nomination papers, Deol will be addressing a rally at?PDA ground in Gurdaspur. The senior leadership of the BJP and the SAD will also be present in the rally.

After the rally, he will leave for Mumbai for casting his vote.

Currently, the Gurdaspur constituency is represented by Congress MP Sunil Jakhar, who won the seat in the 2017 bypoll, which was necessitated after the death of Vinod Khanna in April that year.