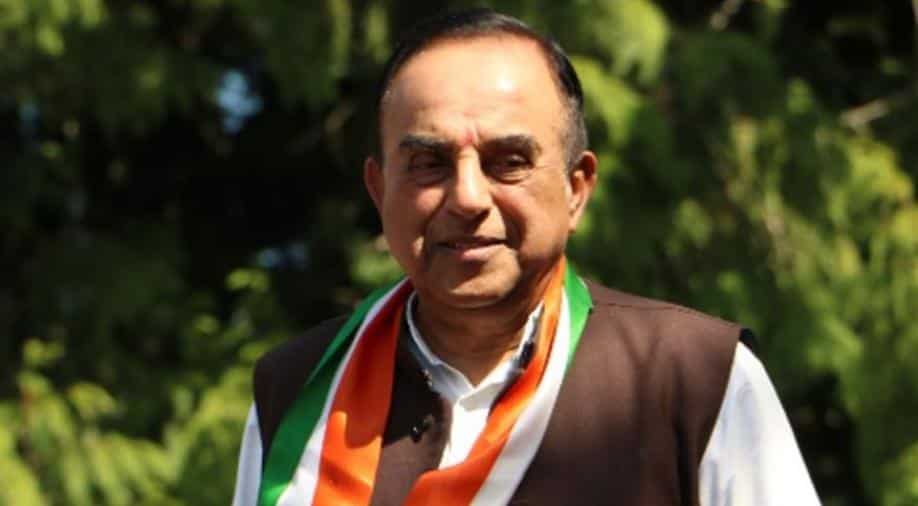 Violent protests erupted in Uttar Pradesh`s Bulandshahr district on Monday, over reports of a cattle carcass lying in the fields

Senior Bharatiya Janata Party leader Subramanian Swamy on Tuesday alleged that there could be Congress party`s hand in the Bulandshahr violence, which left two people, including a senior police officer, dead on Monday.

"This incident occurred because of some miscreants, we will find out whether they were Congressmen who are trying to give a bad name to Uttar Pradesh chief Minister Adirtyanath Yogi government or something else," Dr Subramanian Swamy told.

Responding to the Congress party`s allegations that "Uttar Pradesh is burning and Yogi is busy in campaigning", Swamy said, "Wasn`t India burning during 1984 anti-Sikh riots? In fact, nothing has brought us as bad a name as the genocide of 1984. What about thousands of innocent people who were put in jail without any trial during the emergency?"

Violent protests erupted in Uttar Pradesh`s Bulandshahr district on Monday, over reports of a cattle carcass lying in the fields.

The angry mob threw stones and torched vehicles outside a police station. Inspector Subodh Verma and a local youth, identified as Sumit, died in the clashes.

"Two people have been taken to custody. A Special Investigation Team has been formed to investigate why the violence happened and why the police personnel left Inspector Subodh Kumar alone," Prashant Kumar, ADG Meerut Zone, told.