Students in Mumbai rally in support of tighter US gun laws 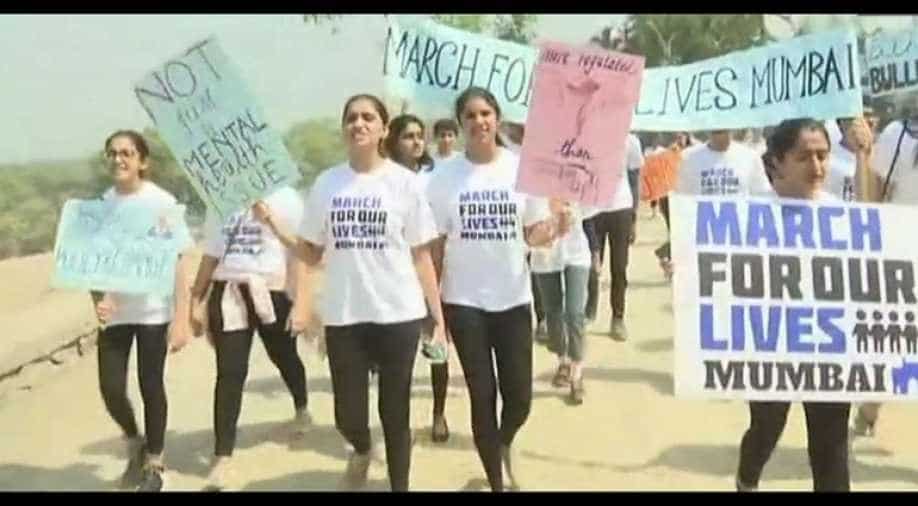 The protestors raised slogans of 'books not bullets' and carried placards as they marched on the streets. Photograph:( ANI )

Students and residents of Mumbai carried out a "March For Our Lives" in Mumbai on Sunday to mark their support for strict gun control in the United States.

Hundreds of thousands of people have gathered in Washington in a nationwide  'March For Our Lives' rally for tighter gun laws led by survivors of the Florida school massacre.

Also read: Hundreds of thousands set to march for tighter US gun controls

People from around the world have also supported the protest by holding a similar march.

The protestors raised slogans of 'books not bullets' and carried placards as they marched on the streets.

According to reports, youngsters organised similar events in over 800 locations around the world including Sydney, London and Tokyo.

On February 14, 17 students and teachers were killed in school shooting which intensified America's gun control debate.

Various students and their families have urge state and national lawmakers to make stricter laws to control guns.