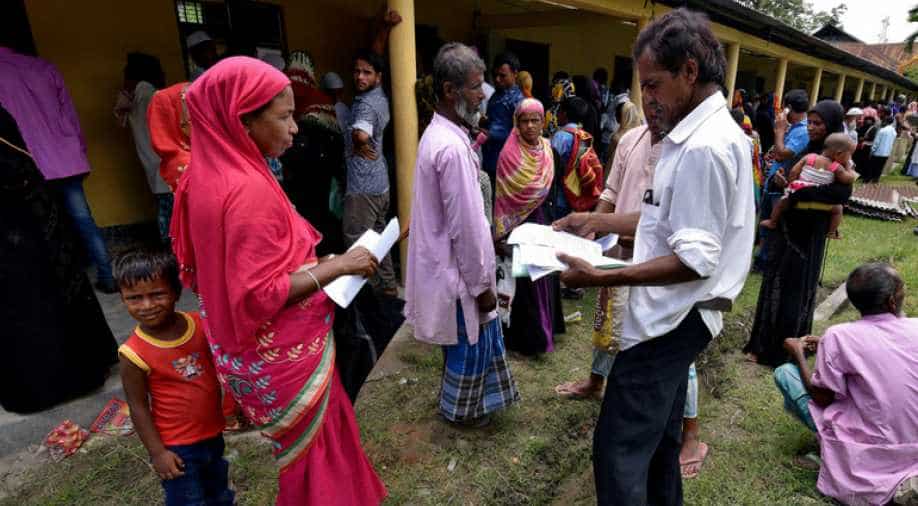 Villagers wait outside the National Register of Citizens (NRC) centre to get their documents verified by government officials. Photograph:( Reuters )

The Khasi Students' Union (KSU) today petitioned to the Meghalaya government to conduct an NRC-like exercise in the state to segregate genuine and ensure the survival of the tribal indigenous communities.

Migrants from different parts of the country besides Bangladesh and Nepal had made the state their home reducing the indigenous communities to a minority in several pockets in the state, KSU president L Marngar said.

An NRC-type exercise will contribute immensely to the continuous survival of the indigenous communities in the state, he told reporters after a KSU delegation met Deputy Chief Minister Prestone Tynsong to put forth their demand.

"We proposed the state government to conduct an NRC-like exercise in the entire state of Meghalaya with 1971 as the cut-off year to segregate the genuine and non-genuine residents of the state," he told reporters after the meeting.

The complete draft of the National Register of Citizens (NRC) was released on July 30 in neighbouring Assam leaving out the names of over 40 lakh applicants.

The KSU chief also expressed apprehension that many of those 40 lakh people would try to infiltrate to Meghalaya that shares a 900 km long border with Assam.

He claimed that the KSU activists set up infiltration check gates and, in the past 24 hours, detected and sent back to Assam over 1500 people whose names did not feature in the complete NRC draft.

The deputy chief minister said the government would examine the petition and make a decision.