Stone tools dating back 385,000 years discovered in Tamil Nadu, humans may have left Africa much earlier 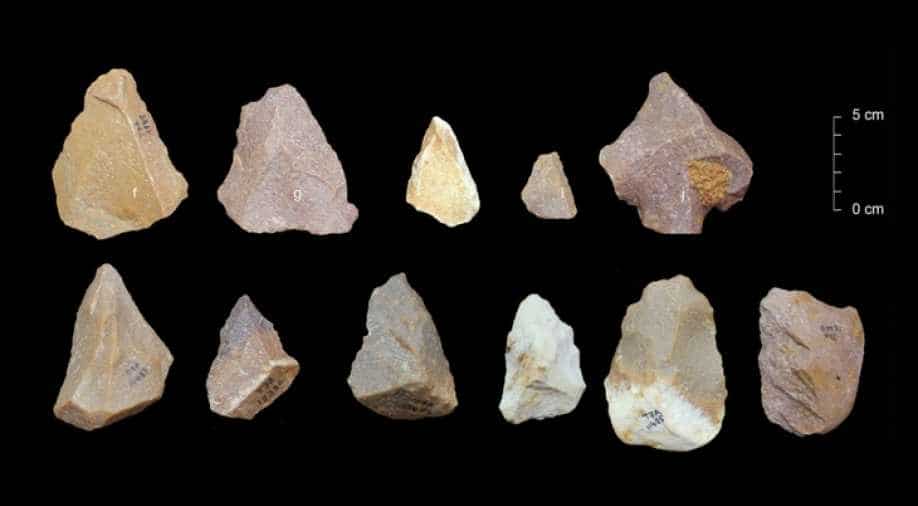 Archeologists have discovered a set of ancient stone tools in Attirampakkam in Tamil Nadu, dating back about 385,000 years ago, which suggest that early humans may have left Africa much earlier than previously believed.

Situated 60 km northwest of Chennai near a meandering tributary of the Kortallaiyar river, Attirampakkam is an open-air Palaeolithic site. The site has been under excavation for 20 years.

The findings, published in the journal Nature, suggest that modern stone tools were being made in India 250,000 years earlier than previously thought.

The tools may have been made by an archaic species of hominin, rather than modern humans, researchers said.

According to Chris Clarkson from the University of Queensland in Australia, the earliest evidence for modern humans was found in Morocco and dated between 281,000 and 349,000 years old.

"The date of modern human migration from Africa is always being pushed back," Clarkson said.

In 1999, archaeologists Kumar Akhilesh and Shanti Pappu from the Sharma Centre for Heritage Education in Tamil Nadu began excavating the Attirampakkam archaeological site.

"It has a very, very long history of occupation of different prehistoric cultures in this one site," says Shanti Pappu.

The researchers said that the newly discovered stone tools are the oldest Middle Stone Age artifacts known from India by far.

Previously discovered Indian Middle Stone Age artifacts have been dated to about 140,000 to 46,000 years ago.

A revised date of 385,000 years suggests a Middle Stone Age culture emerged in India about the same time it developed in Europe and Africa, Pappu said.

Outside Africa, the oldest modern human fossil was a partial jaw bone found in Israel. It was dated to about 185,000 years old, according to researchers.