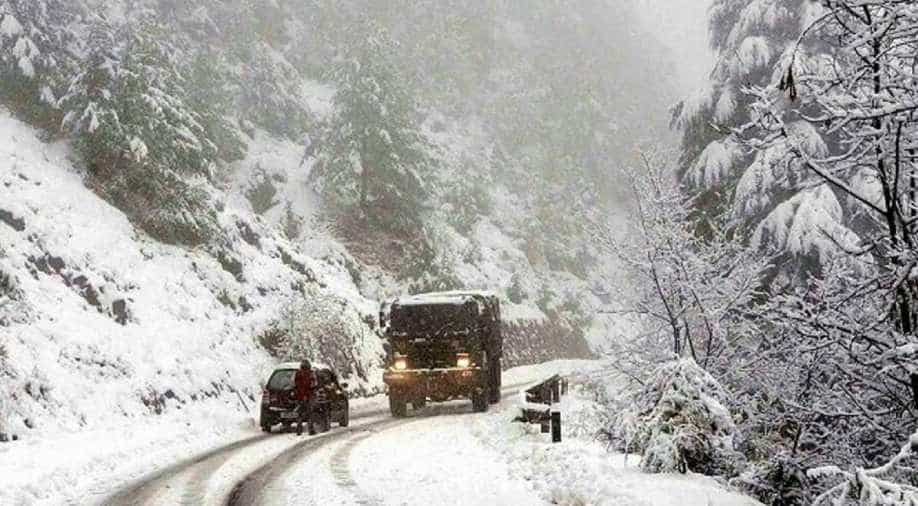 Zojila tunnel will be the longest bi-directional tunnel in Asia. Its construction period will be around seven years. Photograph:( Zee News Network )

The Union Cabinet Wednesday approved the construction of Asia's longest bi-directional Zojila Pass tunnel in Jammu and Kashmir to provide all-weather connectivity between areas of Srinagar, Kargil and Leh, which remains cut-off from the rest of India during winters due to heavy snowfall.

The tunnel is pegged to cost Rs 6,089 crore and will reduce the travel time through Zojila Pass to 15 minutes from the current 3.5 hours between Srinagar and Leh.

The project was approved by the Cabinet Committee on Economic Affairs, chaired by Prime Minister Narendra Modi, who gave his go-ahead to the 14.2-km long tunnel project.

In a statement, road transport and highways minister Nitin Gadkari said, "Zojila tunnel will be the longest bi-directional tunnel in Asia. (Its) construction period (will be) seven years because of a very difficult terrain where in some areas temperature dips to minus 45 degree Celsius. The tunnel shall be an engineering marvel as first of its kind in such a geographical area."

He added, "Defense forces have to face a hard time ensuring supplies to border posts during winters. This pass is most strategic for the entire Kargil sector which has seen intrusion and war in the past."

It was announced that the Prime Minister will lay the foundation stone of the project and work on the tunnel is likely to start this year.

Zojila pass is situated at an altitude of 11,578 feet on Srinagar-Kargil-Leh National Highway which remains closed during winters (December to April) due to heavy snowfall and avalanches cutting off Leh-Ladakh region from Kashmir.